“There’s nothing so fearsome as the revolt of a sheep,”
said de Marsay.”
Honoré de Balzac 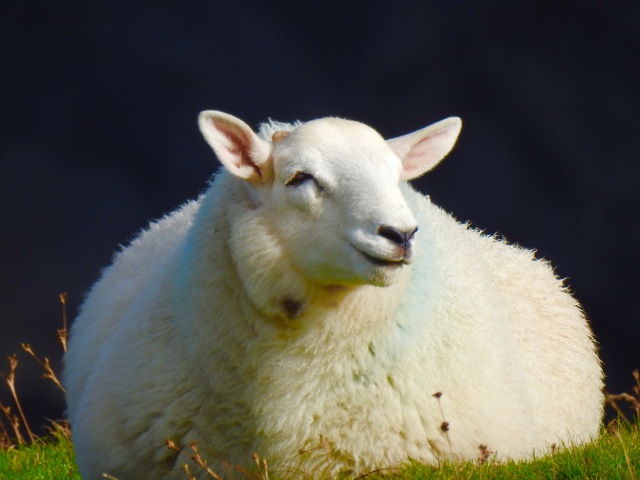 I have a very wise blogging friend.

Well actually, I have many wise blogging friends….
all of whom I have been fortunate enough to sit at their knees while learning
a thing or two.
For you see, I don’t think we’re ever too old or too knowledgable to learn.

One friend in particular is what I like to call a ‘kindly sort of warrior.’

Not warrior like some sort of Viking princess or radical progressive feminist—
quite the contrary.

She is older than I am, so she’s been around the block a couple of more times
than I have.
She also knows her stuff when it comes to both life and faith.

When you look at her, you get that sweet dear old aunt or grandmother vibe….
the one who always has the plate of fresh cookies waiting on you when you come visit.

Her point of origin however denotes a southern mid-west no nonsense sort of lens.
She therefore shoots straight from the hip and makes no apologies….

The other day after one of the most recent current event brouhahas, which was running
amuck across the nation, blew up in the media…this kindly wise soul actually bristled some feathers.
And naturally…. I liked it…. and told her as much.

Meaning that sometimes the sweet little lambs of the fold have been known to step up,
speak up, speak out—all the while they let it be known that whereas the lambs may
be known for their peaceful love…they are certainly no pushovers.
They will defend and even fight for what is right when it is necessary….
as in a Godly sort of righteousness.

Think Joan of Arc—as in a holy warrior.

And that’s the thing.

I often think those of the world view much of fold of Christianity as being pushovers, mambie pambie do gooders who are naive and often times ignorant souls who, bless their hearts, believe in make-believe and fairy tales.

As in who can or would take them seriously…??!!

They are to be the doormats of progressive liberals, the media, atheists and yes,
even radical Muslims…
As in annihilate the Christians because they are the annoying little flies in the room,
the troublemakers caught in a tragic time warp whose past is all but checkered.

But in actuality what I see is that Christianity represents the conscience
of man.
For Christians know all about sin, its destructiveness, its lies,
its corruption, its snare and its trap.

Christians are those who can actually see and know Truth, while living all around them
is a raging lie.
And no one likes being told their living or lives boil down to that of a lie…
hence part and parcel for all that animosity.

Yet Christians are no more exempt from sin, temptation, egregious acts than the next
person…it’s just that Christians recognize the source of the misery… they call it
by name, admit the errors… be they small or egregiously grand, seek the forgiveness
and the righteous salvation freely offered by the Resurrected Son and then in turn
share that blessed knowledge.

It’s that whole go and sin no more notion.

And yet, often times, they, we, do sin again.

And that’s when the naysayers jump.

But here’s another thing.

Christians continually seek the saving Grace of Jesus Christ…
as they are the penultimate sacrificial lambs to the ultimate Lamb…
that having been Jesus Christ.

We seek Grace, Mercy, Forgiveness…and the rub…?
The fold is then instructed to go out and do the same to and for those still
caught in the lies of the cultural wars.

Yet the culture war gods would prefer the Christians keep silent or better yet,
be silenced.

Because the collective fold consciously reminds these culture gods as to why
their push for the latest and greatest dehumanizing choices are wrong.

They speak to what is dangerous and to why that is so.

Progressivism, liberalism, communism, secularism, totalitarianism, hedonism, socialism
materialism, idolatry, sorcery….as each one falls under the rule of the Law…..
as the lambs of the fold remind the nations as to why there are the laws of Commandments and to the consequence of not following God’s word…

So yeah, sometimes the lamb has to be a ram…

The beast was given a mouth to utter proud words and blasphemies and to exercise
its authority for forty-two months.
It opened its mouth to blaspheme God,
and to slander his name and his dwelling place and those who live in heaven.
It was given power to wage war against God’s holy people and to conquer them.
And it was given authority over every tribe, people, language and nation.
All inhabitants of the earth will worship the beast—-
all whose names have not been written in the Lamb’s book of life,
the Lamb who was slain from the creation of the world.
Revelation 13:5-8