You desire that which exceeds my humble powers,
but I trust in the compassion and mercy of the All-powerful God.
Saint Stephen

“If you know what witness means, you understand why God brings St. Stephen,
St. John, and the Holy Innocents to the crib in the cave as soon as Christ
is born liturgically. To be a witness is to be a martyr.
Holy Mother Church wishes us to realize that we were born in baptism
to become Christ — He who was the world’s outstanding Martyr.”
Love Does Such Things, by Rev. M. Raymond, O.C.S.O.

The paper is torn and discarded.
the ribbons are cut and forgotten…
while the bows are simply tossed aside.

The table is a cluttered mess.
Dishes, bowls, plates, glasses all sit scattered in a skewed
disarrayed jumble.

Empty boxes long to be filled while other empty boxes are
forlornly broken down.

Is there a glow in the aftermath of what was?
Or does there remain a sense of longing?

The secular world clashes with the world of Christian heritage.

Previous posts have been written about both–

And yet we cannot ignore the fact that we are reminded that there
remains a history…
a history that is both ancient as well as more recent.

A clash of time and space…
between the then and now.

And whereas most of us have lived these past four weeks though
the season of Advent–a four week anticipation of light while we
transition from what will be to that of the miraculous…
we must remember that our world does not stop on December 25th.

St Stephen reminds us of this.
The first recorded Christian martyr.

Oddly or purposely we are reminded that sacrifice must follow
the joy of birth.
Or are the two not already intertwined?

It seems as if we are dogged by the specter of death.
Unfair as that may seem.

Here we are basking in the joy of the innocence of birth yet we are
reminded that sacrifice must follows directly behind that joy.

Yet if there was or is anyone who had to understand the notion of sacrifice,
it would be Mary.
A woman who’s heart would be pierced.

And so as we begin the transition between then and now..the old and the new..,
may we be reminded that we are afforded but a brief time in which to bask
in our joy…for tomorrow will always remind us, time is of the essence,

There were thus two things which the Savior did for us by becoming Man.
He banished death from us and made us anew; and,
invisible and imperceptible as in Himself He is,
He became visible through His works and revealed Himself
as the Word of the Father,
the Ruler and King of the whole creation.
St. Athanasius,
On the Incarnation

“At times the whole world seems to be in conspiracy to importune you with emphatic trifles. Friend, client, child, sickness, fear, want, charity, all knock at once at thy closet door and say,—’Come out unto us.’ But keep thy state; come not into their confusion. The power men possess to annoy me I give them by a weak curiosity. No man can come near me but through my act.”
― Ralph Waldo Emerson

“They themselves do not see the world of light as we do, but our shapes cast shadows in their minds, which only the noon sun destroys.”
― J.R.R. Tolkien

In a maddening life and even more maddening world,
the monochromatic greys and browns have cast a sickly pall and a deepening shadow upon the soul.

What of. . .
kindness
thoughtfulness
cooperation
genuineness?

Where is your humanness?
That which marks you as
compassionate
emphatic
concerned
selfless

A worn specter is seen dragging itself through the shadowlands, alone and stooped.
As the world remains in darkness and full of gloom, the figure casts no shadow of its own.
Tears begin falling like overly ripened fruit from a tree, thick and heavy, each landing with a sickening thud.
While weighted feet drag slowly through the muck, one behind the next.

In a life and world stripped of any and all light
Greys collide, melding with black and white.
Tonal nothingness wraps itself like a dirty wet heavy towel across the shadowlands.
The ground trembles.

A random clap of thunder suddenly lifts sunken eyes skyward
Three limp figures, atop the hill, reflect the single flash of light.
Within the static electricity, a host of figures emerge.
It is as if a million tiny stars now flicker and dance across the darkened sky.

Light begins reflecting light, as if the sky itself is now on fire.
A thousand crystals shatter into ten thousand shards of perfect light.
Colors crash madly into one another, cascading from the Heavens.
A chromatic sea washes across the dry grey land, monotones scatter.
A spectrum of energy consumes the lifeless.

As light returns, bodies straighten, faces lift.
Light rays playfully now join with shadows, creating an unknown depth and richness
No longer present are the three limp figures atop the single lone hill
Darkness, Death and Despair have been replaced with a dazzling Light. . .
As the single brilliant Light gives way to an endless new Life. . .

The people that walked in darkness have seen a great light: they that dwell in the land of the shadow of death, upon them hath the light shined.
Isaiah 9:2

“I dreamt — marvellous error! — that I had a beehive here inside my heart. And the golden bees were making white combs and sweet honey from my old failures.”
― Antonio Machado 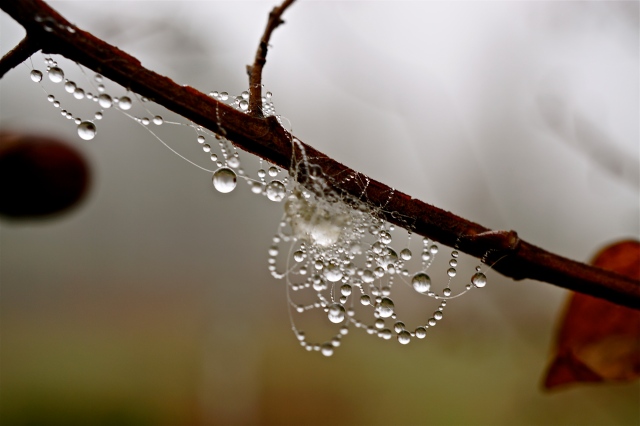 Routed out of slumber’s silent realm
waking in the harsh dark reality of that what was,
for was, was but a dream. . .

Again the dream, each time is different
Yet the meaning and emotion quite the same
To be. . .
Embraced
Enveloped
Loved completely

In sleep you are elusive
Seemingly present, yet not.
In waking, you have never existed
Emptiness fills the heart

Fleeting and just out of reach,
Your smile fills the void
To be loved as in the dream,
In the reality of waking,
leaves the heart spent.

Tears fall as the pearls of a broken strand
worn beautifully around your neck
But that I could gather them up
giving them back to you,
pouring them gently into your warm hands
For in the dream, you are warm. . .

Your eyes tenderly enveloping the now grown child
You see nothing negative, just joy
in what stands before you—
How different would it all have been
knowing you?

“When walking through the “valley of shadows,” remember, a shadow is cast by a Light.”
Austin O’Malley 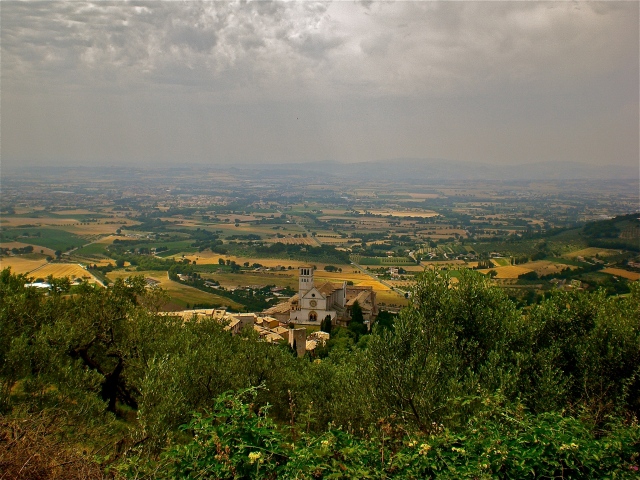 (a beautiful view of the Basilica Papale di San Francesco and the sweeping valley below Assisi as seen from a journey up to the summit of the hill town ,The Rocca Maggiore Castle / Italy / Julie Cook / 2007)

Today all of mankind walks through the valley of the shadow of death,
as a veil is pulled across all clarity.
Unbeknownst to humankind, a war currently wages for its very soul.
Oblivious to the cost paid, the sacrifice made or the blood spilt,
the sons of Adam strut about in the small world they have created for themselves.

Angels and demons wrestle over the lives of clueless specters as
the former Bearer of Light holds court.
Shoulders contort as bones separate from familiar joints.
Lungs burn desperately for oxygen as stretched muscles ache pushing upward for air.

Wails and cries mix in a never-ending cacophony of agony,
as a mother’s heart breaks.
Memories of the nine months of wonder and awe suddenly give way to the Prophet’s cries.
Death’s cold hand grazes her cheek as he sweeps toward the cross.
The secrets held deep in her heart, now smashed into a thousand drops of blood,
while her tears fall to dust.

“Eli, Eli, lama sabachthani”
The heaviness of a breathless statement is carried away on the wind,
as those who have come to gawk, cackle with glee.
“Where is you god now prophet?”
“Free yourself and us, oh you mighty king”
Scorn and ridicule horrifically collide into conviction and hope.

The hour finally draws nigh as Day gives way to Night.
Light lets go, allowing Darkness its false victory.
With the toll now paid, as the demons dance and shout, the lone Creator turns His back.
Man, still unaware of his role, sports the Innocent’s blood on his hands.

Silence is all that remains.
The deep dark emptiness filling the void turned tomb,
as the Earth trembles and quakes.
There is no hope.
Not today.
“It is finished” is all He said.