A rare experience of a moment at daybreak,
when something in nature seems to reveal all consciousness,
cannot be explained at noon.
Yet it is part of the day’s unity.
Charles Ives 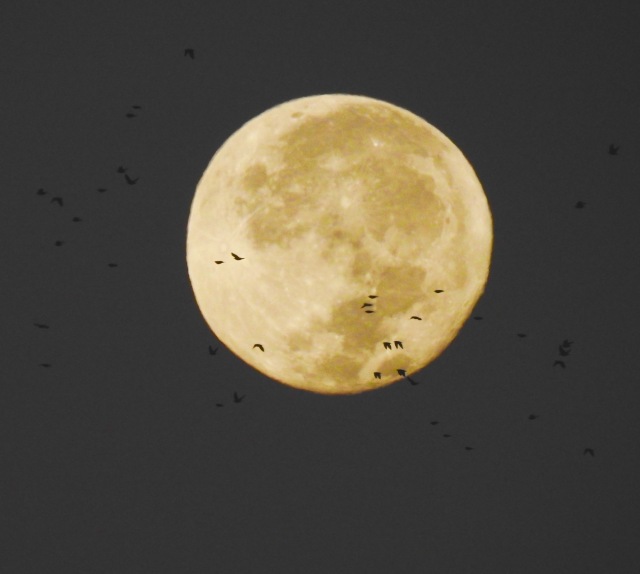 ‘Awake, my soul, awake! show thy spirit, arouse thy senses,
shake off the sluggishness of that deadly heaviness that is upon thee,
begin to take care for thy salvation.
Let the idleness of vain imaginations be put to flight, let go of sloth,
hold fast to diligence.
Be instant in holy meditations, cleave to the good things which are of God:
leaving that which is temporal, give heed to that which is eternal.
Now in this godly employment of thy mind,
to what canst thou turn thy thoughts more wholesomely and profitably than to
the sweet contemplations of thy Creator’s immeasurable benefits toward thee.’
St. Anselm of Canterbury

Resistance to the organized mass can be effected only by the man who is as well organized in his individuality as the mass itself.
Carl Jung

Their numbers are limitless.
Their sound is deafening.
Their precision is inspiring.
They are just a bunch of birds,
and yet. . .they represent so much more. . . 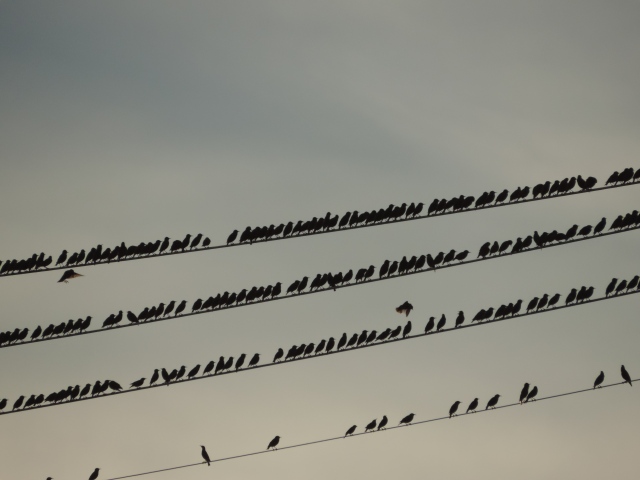 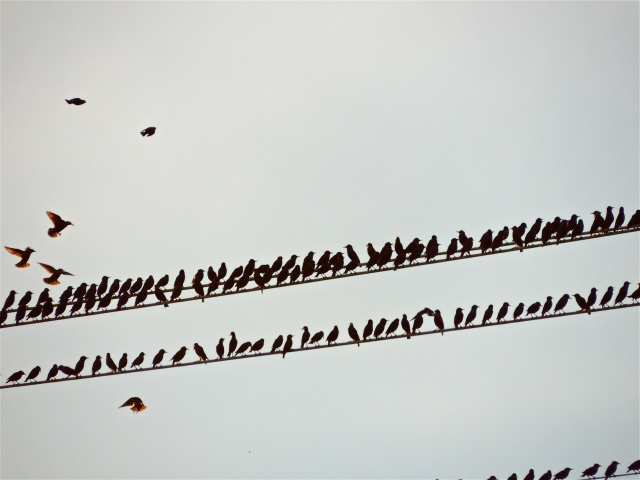 Upon first glance, it appears as if there is a giant moving, living, breathing black cloud undulating overhead.
It glides across the sky to and fro, with no particular rhyme nor reason.
It is not following the current of the wind as it sets its own course.
It defies any law of gravity as it goes where it chooses, when it chooses.
The cloud descends, en masse, onto power lines or within the tops of trees with a deafening din of chatter.
It is as masterful as it is precise.
It is greater and more artfully versed than any human could ever hope to choreograph.

To watch a flock of birds in flight, especially a large mass of birds such as starlings and / or blackbirds, is nothing short of mesmerizing.
Hundreds, if not thousands, of birds in one maddening swarm move in and out, up and down, shifting and weaving with such precision, it’s simply difficult to comprehend.

These birds, although individuals, combine to make what appears to be a single living and breathing mass or entity which for all apparent purposes appears to have a mind of its own.
They, these individual birds, must interact with such agility and precision as not to fly into one another as well as avoid colliding with trees and / or power poles. Their ability to work effortlessly in tandem is nothing short of humbling.

As I stand staring, as if in a hypnotic trance, gazing skyward–listening and watching the ethereal ariel spectacle, my mind fumbles for words. I think of the verse in Matthew, Look at the birds of the air, that they do not sow, nor reap nor gather into barns, and yet your heavenly Father feeds them. Are you not worth much more than they?

That the omnipotent one true God of all of Creation knows the birds.
That He knows each bird. . .
Each bird in this massive, confusing swarm of precise madness, and yet. . .
I am told that He also knows me.
He knows me even more so then He knows these birds.
Knows, as in an intimate relationship. . .
as in everything known and hidden, good and bad. . .as He is said to have formed me (knit me together) in my mother’s womb. . .
the same mother I never knew, yet it is He who knew me. . .even before I was formed, He knew me. . .
I am also told He cares for me more so than these birds.
These birds who are able to dance across the sky with grace and magic, soaring and diving in grand unison.
And yet, He is aware of me.
More than aware. . .He has a deep abiding knowledge which goes beyond acquaintance.
He knows, He sees, He loves.

And as I continue staring at a black cloud dancing across the horizon, a tremendous sense of well being engulfs a weary soul. . . 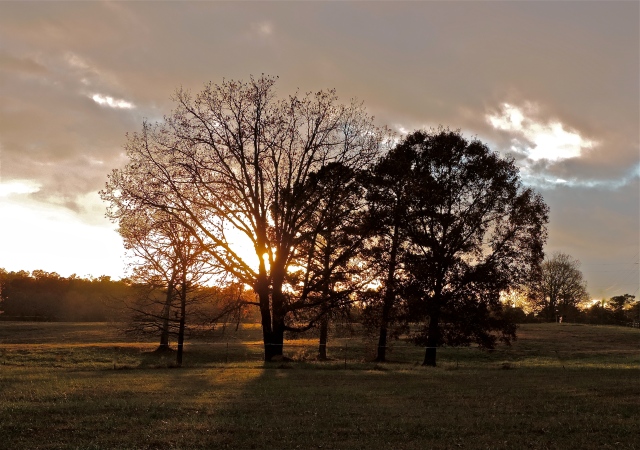 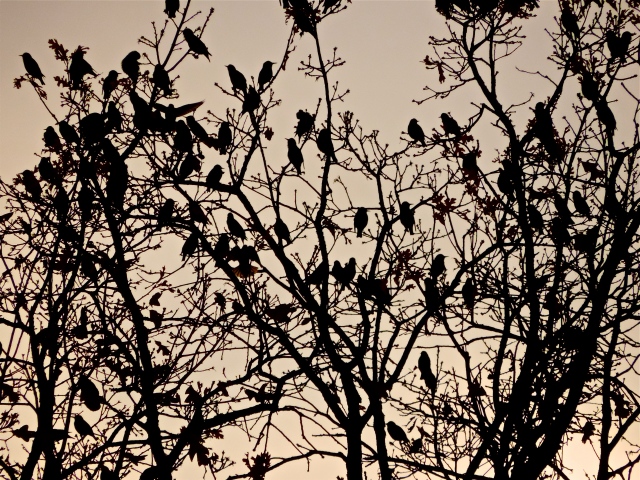 Upon first glance, the tree out in the pasture appears to be rather bare with only what one would assume to be a few straggling leaves. . .and then, suddenly, you hear it. There is a rousing deafening din of chatter–rising and falling to a crashing crescendo of chirping only to immediately and eerily cease—a few seconds later, it begins again.

Upon further inspection the leaves, or so it seems, are not leaves at all but rather hundreds of starlings, better known as grackles. I posted some images a week or so ago of this massive flock covering the telephone lines up and down our street. Today the roosting spot of preference is the tree in the pasture.

These pictures simply do not do justice to the overwhelming presence of these birds. A swarming black cloud. It is mesmerizing watching the mass of bodies and wings weaving in and out throughout the sky to the tree tops, only to be suddenly startled, taking off en masse, to another tree top. Amazing how they fly in tandem without running into one another–another beautiful example of the synchronization of nature.

As we find ourselves approaching the season of watchful waiting, expectant anticipation, may we be mindful of the unexpected wonders of the season. Small gifts of joy and magic found in the simplest of things, as in a group of birds.

I find today’s quote by the late great G.K. Chesterton, the larger than life British writer and journalist, and Catholic apologist, most heartening–a sober reminder helping to carry us through this season with a heart turned toward thanks and joy. To be mindful of what the season is truly about and not to the contrary of the glamour and glitz that the retail giants would lead us to believe–to love, to forgive, to believe and to hope when the world would direct us differently.