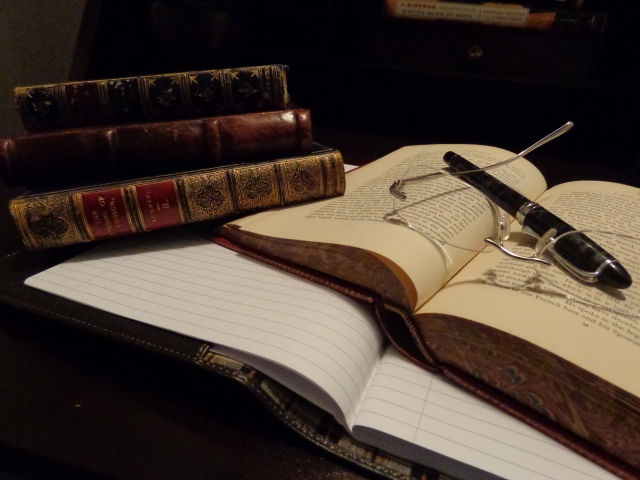 “[you have] demonstrated beyond refutation your slovenly happy-go-lucky harum scraum style of work.
If you cannot prevent yourself from leading the idle useless unprofitable life you have had during your schooldays and later months, you will become a mere social wastrel, one of the hundreds of the public school failures, and you will degenerate into a shabby unhappy and futile existence….”

These words were penned by a distant and aloof man who found no merit or worth in his eldest son.
His son had proved to be a miserable student which was of great embarrassment to the likes of this most well-do-to and one of the day’s most notably recognized politicians.

The boy’s school marks were so low that his father stated that he was “too dimwitted” to peruse a career as a barrister (lawyer), an assumed career path for a boy of his family’s social status, but rather was relegated to following a path towards a military career.
His father hoping for a bit of redemption in the boy, convinced himself that if the boy could succeed as an Infantry officer, all would not be lost.

However the embarrassment and disappointment only continued as the boy scored so low in school and twice failed the entrance exam to the prestigious military academy that his father all but gave up on the boy. On his third and final attempt the boy finally received a passing score, yet it was still considered too low to qualify for the revered infantry training…leaving the boy the only route of choice…. becoming a calvary man, much to the humiliation of his father.

Yet this emotionally harangued young man was undeterred by his father’s lack of affection, obvious disappointment, acknowledgement and support.

The father had always been bigger than life in the eyes of the young boy.
A stranger and hero to be worshiped from afar.

Crestfallen the boy wrote immediately to his father—yet rather than showing his very real pain and disappointment as one would expect, the boy merely states that he doesn’t understand why his father couldn’t visit yet in the same breath states that he knows him to be a very important and busy man.

The father, who had become quite sick while the boy was away at boarding school, died rather prematurely at the age of 45.
This sudden death of his father only heightened the boy’s sense of hero worship in a man who had remained distant at best and blatantly detached.

The boy would grow to be a man who always kept his father at the forefront of his thoughts and actions. His life’s goals and ambitions were always focused on following in the footsteps of his father.

One would only think that such words and actions by a man so detached and so vocally dismissive from his son would simply breed a seething loathing within a growing boy…allowing the seeds of resentment and hatred to fester.
Yet within this particular young boy turned man, anything could have been further from the truth.

Sir Winston Spencer Churchill, the particular boy in question, grew to be one of the West’s greatest men to have lived.
He had a long prolific, heroic and stellar career as a soldier, writer, artist, painter, statesman, historian, cabinet member, Prime Minister, world leader, husband and father.
He never cowered at the painful rebuffs of a man he idolized…never allowing the continued hurt and detachment of Lord Randolph Churchill to deter his quest to succeed at the things in which he tried his hand.
He always wanted to make his father proud…
dare we say, he most assuredly did…

Happy Father’s Day to all the men in my life who have overcome the obstacles in their paths in order to forge a life worthy of praise….

“Happy are the painters, for they shall not be lonely”
Sir Winston Churchill 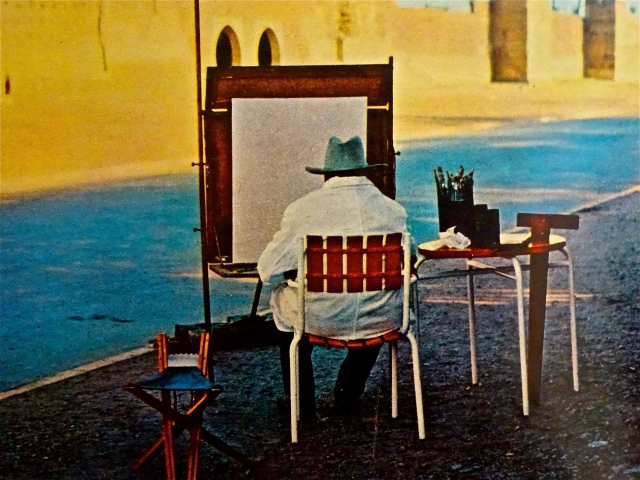 January 30, 1965, exactly fifty years ago, there was a funeral held to mark the passing of a life from this world to the next. I was a mere 6 years old. There was not the streaming online constant and instant 24 / 7 news coverage in 1965, beaming and streaming live action of the funeral around the globe, but that is not to say that the world did not briefly stop that somber January day, so very long ago, in order to take notice of the silent passing of greatness from one dimension to the next.

It is a rare event in the United Kingdom to afford anyone other than a crowned monarch or consort a state funeral. Rarer still is the assembling of much of the world’s leaders, statesmen, monarchs and dignitaries for the funeral of a mere prime minister. Yet after having lain in state for three days in Westminster Hall, affording the general public a chance to offer a personal farewell, Sir Winston Leonard Spencer Churchill was honored by both prince and pauper at one of the most memorable state funerals, other than that of Queen Victoria and King George, which the 20th century had ever seen. Within Sir Christopher Wren’s 1675 architectural marvel, St Paul’s Cathedral in London, the world bid a splendid farewell to one of the most renowned figures of the 20th century. 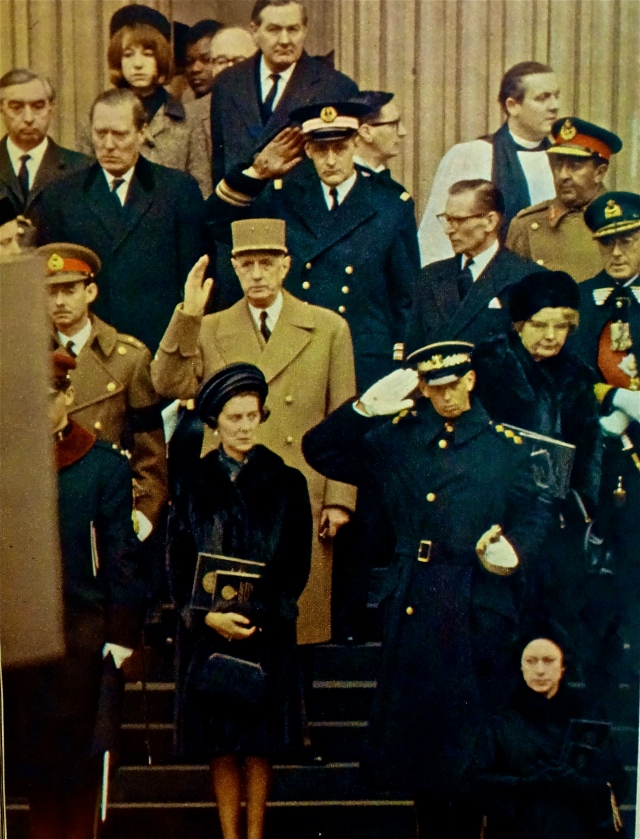 However, behind the façade of soldier, commander-in-chief, statesman, historian, author, MP, Prime Minister, husband and father, resided a man whose peace and solace was found quietly behind a canvas. 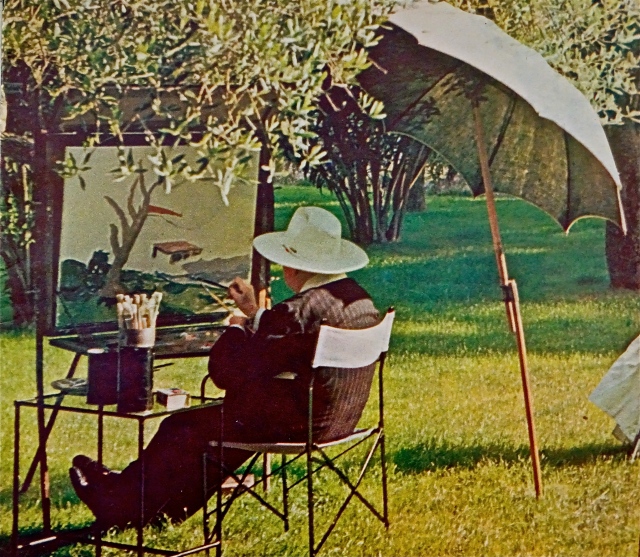 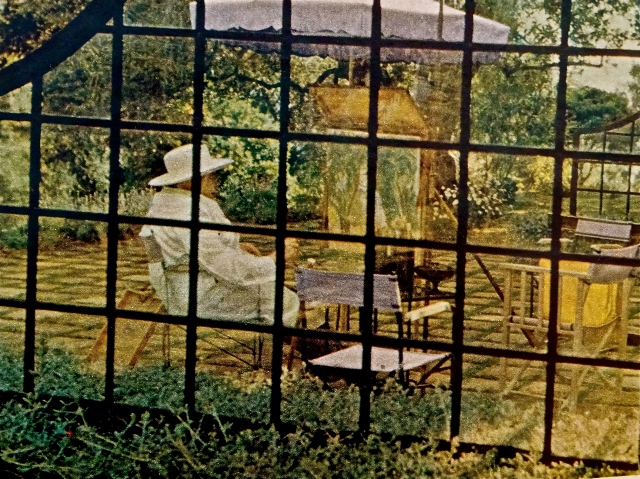 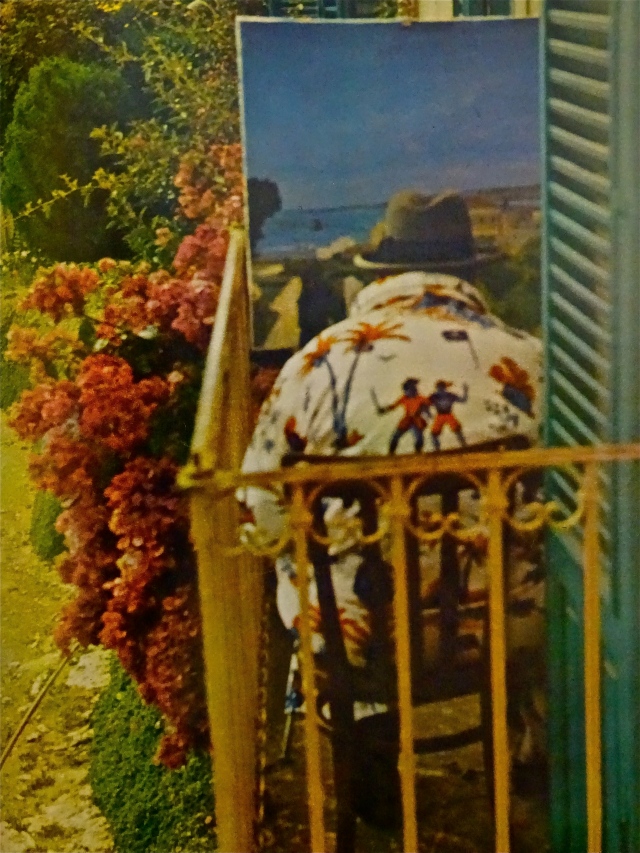 These photographs are pulled from several of the English periodicals dating from 1949-65 which are a part of my beloved Churchill collection. It is because of Churchill’s stalwart leadership during World War II which most of the world thinks it knows this enigma of a man—however the true identity of a man is not always found in the obvious places nor within plain sight. This most brilliant and equally eccentric man, who helped to shape much of the modern world as we know it today, was much more than statesman or commander. . .he was more than husband and father, or Victorian dreamer— Winston Churchill was a prolific painter who sought and found inner peace during the turbulence of personal, professional and world tragedies, through the simple art of painting. 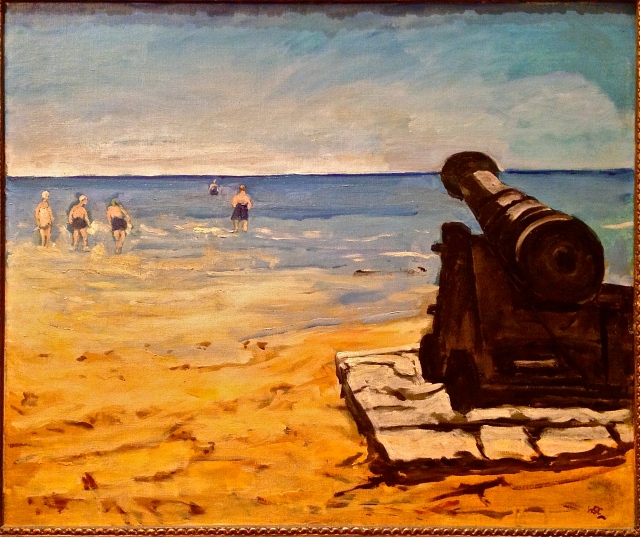 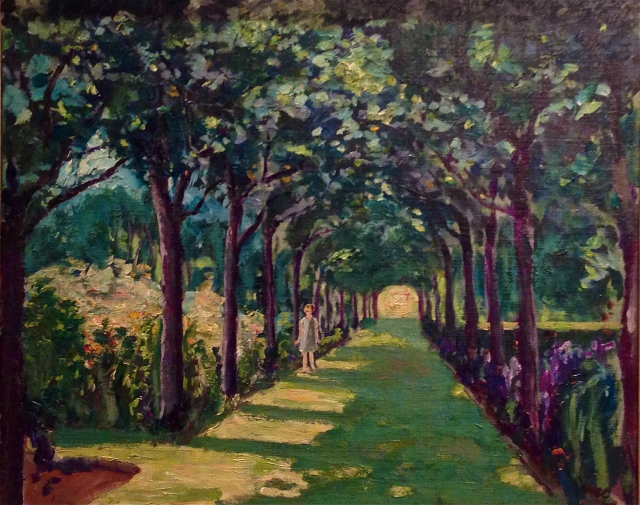 (images of paintings on loan to the Millennial Gate Museum in Atlanta, Georgia offering a tribute of the man and his pairings)

Yet below, in this most famous image of “the Big Three” taken from the conference at Yalta, in the waning months of the war,there is much more taking place than just an orchestrated famous photo op of the three men to whom responsibility fell to mould and remodel a new world. . . There is actually much more going on in this image—there is a hidden and secret dance of diplomacy and duplicity being secretly choreographed by a cold and calculating man who was a master deception–this image is the pure essence of power plays, betrayal, death, and hidden terror all silently playing out before the cameras of a painfully yet hopeful naive world.

The slight smile on Winston’s face is misleading. Stalin never hid his disdain for the Prime Minister. He also believed he held the President as a puppet in his hands, being able to manipulate a frail shadow of a man as Roosevelt was tired, sick and not much longer for the world. Roosevelt died of a massive stroke only two months following the conference.

Roosevelt came to the conference looking wistfully towards a new world order. At this point he didn’t care what sacrifices had to be made in order to establish his elusive global Nirvana. Winston was more weary, cautious to the resetting of a dangerous chess board with equally deadly results as compared to the game which was in the process of just being played out. Winston felt beaten and betrayed. He had been mislead, left out, manipulated, lied to and betrayed by a dear friend as well as mocked and ridiculed by a wolf, or in this case an angry grizzly bear, in sheep’s clothing. He too was tired as the weight of the world rested upon his aging hunched shoulders.

And it was to his art that Winston would retreat, again and again and again. . .as most often it is to the gift of creativity that a man finds himself turning to, being drawn to, in order to set his world back to balance. In the mere act of painting or to the repetitive laying of brick in order to repair an ancient wall to a family home, Winston found comfort. He was able make sense of often senseless situations. . .in the freedom of putting paint to canvas he could find the easing of mind and solace of spirit both elusive and often battered and bruised from the realities of an often cruel world.

Outlets, diversions, distractions, escape—whatever form of creativity a man seeks, it is all a part of his birth right, a divinely inspired gift of talent and wonderment, bestowed upon him by the one true Master of Divine Creativity. It is what is good in a man. It is what is positive. Just as man works toward waging death and destruction, he works equally towards that which is aesthetically pleasing, beautiful, redeeming and edifying.

Man’s ability to create, to make “art”—is a source of peace and calm. It is a counterbalance in a world bent on death and destruction. It is the tiny piece of hope instilled in man by his Creator which helps to serve the betterment of all of mankind–a gift within an individual which has the ability to ripple outward throughout the ages, resonating to generations yet to be. . . that hope, beauty, good, wonder and joy are indeed alive and well and still very possible as the world continues to allow the dark clouds of death to gather overhead.

It was to this very “gift” that Winston sought his peace, his time of release and his place of balance in a world spiraling out of control. May we all be mindful that such a gift is still very much a part of each of us and has the tremendous ability to heal and comfort in our own equally dizzying time of madness. . .