“While death isn’t a sure thing anymore, taxes still are.”
Kevin J. Anderson, Death Warmed Over 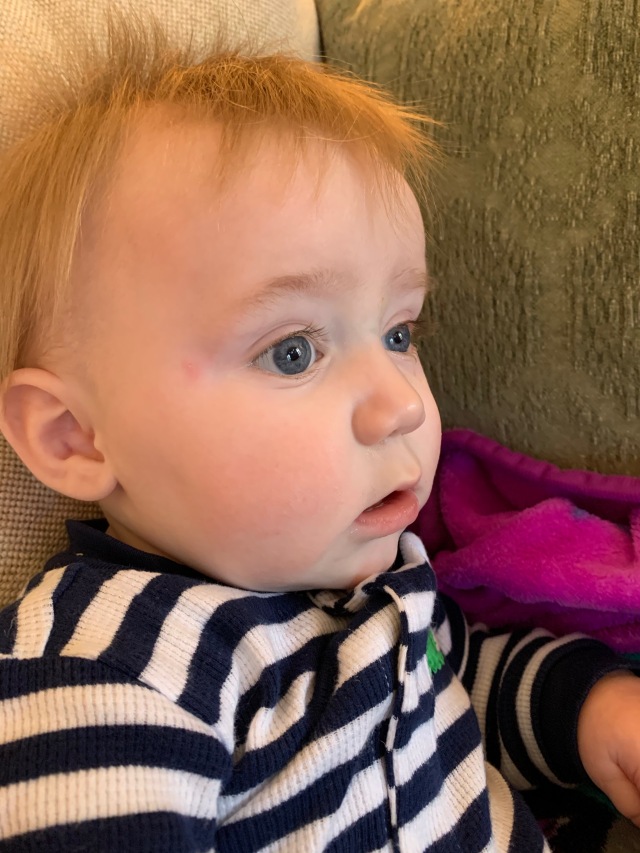 But looks are certainly deceiving.

They have both been sick this past week and now their “mom” is sick.

And ‘mom’ is not their birth mother who is known as ‘mama’.

Originally I was going to be known as Mopie.
That weirdly turned into Biyah (I liked that one because it actually had a meaning–
‘gift to God’)
Then suddenly Poppie (aka papa) became Da and in turn, I became Ma
But now, it’s ‘mom.’

Having trouble keeping up?
Me too!

And since their mother is ‘mama’, I’ll happily take ‘mom’…
because at this point, I’ll take anything!

So ‘mom’ is now feeling like death warmed over.

Now whereas their mama lives somewhere between life and death on a daily basis
because that’s what working moms with two, who are both two and under, do—they exist
somewhere between exhaustion and the walking dead…but at least their mother
is young…this ‘mom’, not so much.

According to Bloomsbury International, the idiom ‘death warmed over’ comes to us via the Army:
The earliest record of the phrase is in a Soldier’s War Slang dictionary from 1939.
The phrase is suggesting that the person looks like a dead person who has been reheated
(like last night’s dinner in the microwave today).
This idiom is not usually used as an insult, but more for showing sympathy.

It’s not considered an insult but rather a lamentation for sympathy.

And I suppose I’m feeling some small need for sympathy…and like I say,
I am feeling like death warmed over…

This has been a very long week.
The week has been spent caring for two tiny puny kiddos.

A stomach bug times two.
Multiple diapers and wardrobe changes.
Add in the crud, an ear infection, a stye, a sinus infection…
and now I too am besieged.

Ode to the life of parents and caregivers.

Ash Wednesday has come and gone…seemingly without me.
Lent?
Is it already Lent?
I haven’t even thought about my lenten fasts.

The month is nearly come and gone unbeknownst to me.
The ground hog…did he or didn’t he???

The socialist wannabes are still living a life of delusion.
Bernie Sanders is still offering everything to everyone, absolutely for free…
with you and me left holding the tab.

I’m currently living with a massive sinus infection because a sick 10-month-old
has coughed, sneezed and drooled all over me all week…
not to mention the stomach bug diapers from
both The Mayor and the Sheriff…

And so now I feel the need to slap a surgical mask over my face in order
to join the coronavirus bandwagon.

And yet in all of the madness, all I truly long for is a tub of Vicks Vapor-rub
to slather under my now raw nose… 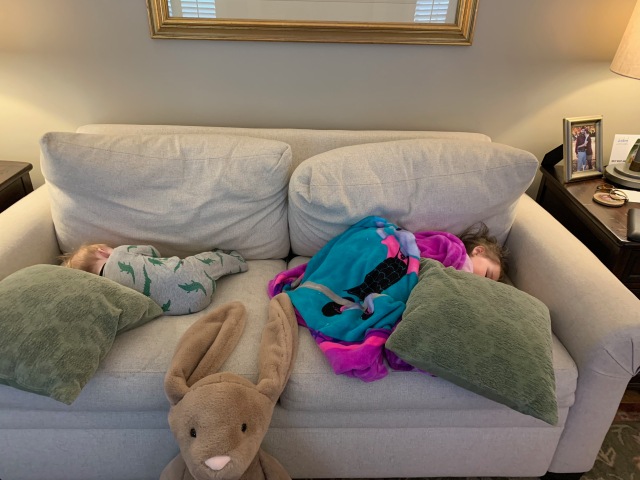 Fear not, for I am with you; be not dismayed, for I am your God;
I will strengthen you, I will help you, I will uphold you with my righteous right hand.
Isaiah 41:10