So Gideon said to Him, “If now I have found favor in Your sight, then show me a sign that it is You who speak with me.
Judges 6:17

“When you know that something’s going to happen, you’ll start trying to see signs of its approach in just about everything. Always try to remember that most of the things that happen in this world aren’t signs. They happen because they happen, and their only real significance lies in normal cause and effect. You’ll drive yourself crazy if you start trying to pry the meaning out of every gust of wind or rain squall. I’m not denying that there might actually be a few signs that you won’t want to miss. Knowing the difference is the tricky part.”
David Eddings

“Is not the gospel its own sign and wonder? Is not this a miracle of miracles, that ‘God so loved the world that He gave His only begotten Son, that whosoever believeth in Him should not perish’? Surely that precious word, ‘Whosoever will, let him come and take the water of life freely’ and that solemn promise, ‘Him that cometh unto Me, I will in no wise cast out,’ are better than signs and wonders! A truthful Saviour ought to be believed. He is truth itself. Why will you ask proof of the veracity of One who cannot lie?”
Charles H. Spurgeon 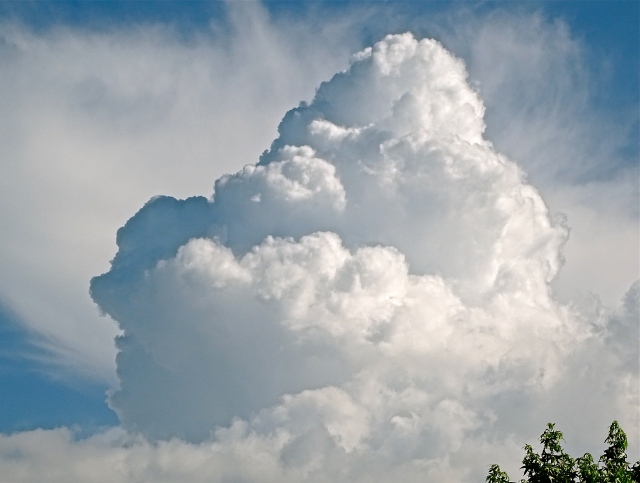 We are sign people.
We always have been and will most likely always be such.
We have looked to the skies, to the heavens, to the earth, to the depths, to the seas, to the wind, to the fire, to the mountains, to life and to death. . . you name it. . .
since the beginning of time we have looked for. . .
A sign. . .
A warning,
A signal,
A clue,
An indication,

I’ve been living my life, as of late in my car, driving the backroads, the main streets, the highways and the interstates as I’ve been making my way to Dad’s.
2, 3, 4 times or more a week.
Back and forth from here to there.

I’m pretty certain I know every billboard, advertisement, road sign, speed marker, hiding spot for every State Patrol within a 70 mile shot.
And yet today, on my way home, on a lone and isolated stretch of interstate there was a small hand painted sign tacked to a tree which sat a ways back from the busy and perilous roadway, which was new to me and my sweeping driving vigilance.

“The End is coming soon,
be sure not to miss it”

Now we’ve been seeing signs stating information such as
“The End is Near”
“The Rapture is Coming”
“Jesus is coming”
“Are you ready?”
On and on and on with such predictions, omnitions and bold assumptions being posted for decades.

Signs that are hand painted to those professionally printed. . .
Signs posted on stakes in the ground at the end of road junctions, signs hung on telephone poles, signs held by the “faithful” . . .
This as I recall the famous song of the early 70’s. . .
“Signs, Signs everywhere a sign
blocking the scenery, breaking my mind. . .”

So this particular little white sign with red painted letters should have just been another blip
on the radar on my road-sign weary mind. . .
But yet it wasn’t.
There was something that made me want to do a double take, to actually stop, being able to read its red words while digesting them more slowly rather than swallowing them hard and fast within the 1/10th of a second exposure I had while racing along at my near 80 mph clip.

It wasn’t the first half of the sign that struck me, “The End is coming”, but rather it was the latter half, the “be sure not to miss it” half which made more of an impression.

“Now that’s an odd thought” I mused as I merged right toward my exit.

When THE end does come, which I’m thinking means Jesus appearing. . .
That’s to be something, I would think, which will be really, really, really BIG.
Something brilliant and spectacular. . .frightening to some, while overwhelming to others.
As in loud, triumphant, mind blowing, earth shattering, boat rocking, out of this world EPIC!
“How could anyone who has eyes and or ears miss such a display?! Miss it, really???
I practically snorted aloud with my smug and incredulous rhetorically silent questioning.

What if it is actually subtle, quiet, unassuming?
Wonder if one could really miss it?
The End that is. . .
Maybe, just maybe. . .instead of playing the role of the faithful who are all too assuming and therefore a bit jaded in our “waiting”. . .
maybe we should be more active, more vigilant, more attuned. . .watching, listening and waiting. . .
Not like the Henny Pennys among us who dash about frantically wailing that the sky is falling, but rather more subdued perhaps even a bit somber as we listen more closely, chatter less while putting down our clanging gongs and beating drums. . .silently,reverently. . .
stopping, pausing, waiting, watching and listening. . .

The Lord said, “Go out and stand on the mountain in the presence of the Lord, for the Lord is about to pass by.”