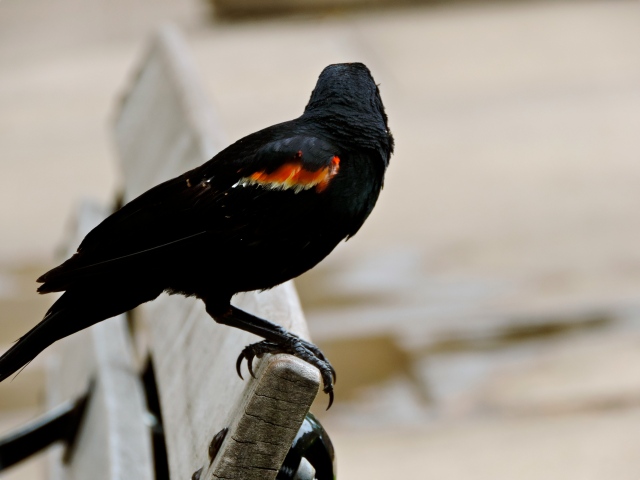 Those of us, shall we say, of a certain age, live a life that is forever linked to a particular musical group or genre….as are other generations, both those who came before us and those who are pulling up the rear…as it seems music most often defines us—as belonging to a particular age group. There was the whole Woodstock generation. You know, the whole make love not war movement—we just won’t mention that whole little Hell’s Angels incident in Altamonte –I think they missed the memo on the love and peace movement.

For my mother, it was Elvis. Mother died in 1986 at the age of 53 (the same age I am now). Elvis died in 1977 at the age of 42. They were about the same age. She adored Elvis. I suppose it was that boyish grin, the gyrating of those hips, and that country boy naiveté persona of his. I could take or leave Elvis but then again, he does not define my generation as he did hers.

My defining musical masters consisted of a group of, at the time, relatively clean cut lads sporting, however, a bit of a “mop top”, that at the time, was not looked upon favorably by the “older” generation. They were a cockney group of young boys who grew up in a working class neighborhood. Nothing terribly refined or sophisticated about any of them but for the sheer fact that they possessed the ability to play, and play well, musical instruments–they also possessed the ability to sing harmoniously as well as individually, and the fact that they were cute and coy certainly helped.

“I want to hold your hand”, “Revolution”, “Day tripper” all spun round and round on my little portable 45 record player day in and day out. I stood on my bed dancing and singing, albeit greatly out of tune, the lyrics to these simple songs that would one day define me and my generation.

I’ve written before about the story of my grandfather, a wonderfully jovial man, who sadly died when I was but 7, who took all of his grandkids down to the Fulton Country Stadium (the precursor to the Ted, aka Turner Field) in order to attend a concert performed by this motley crew of boys. At the time I was the youngest grandchild tagging along with my teenage cousins. A trio of attractive young black girls opened up the show….these girls also, eventually, went on their own way to finding fame and stardom, adding one more component to my generation’s defining moments.

As the events of that time became most fluid and inflamed, an entire generation began to write with growing pains. The music following suit, matched mood for mood and became not only a rallying cry for a generation but a soothing balm as well. Lyrics, rhythms and beats echoed the turmoil, angst and painful metamorphic state of a nation embroiled in too much at one time—

The boys from Liverpool, following suit, morphed as well. The hair grew longer, the “recreational actives” became cloaked in shadow, lawlessness and wanton debauchery—only matching so much of what a generation was involved in. Thankfully I was still the younger tail end of this particular era, thank goodness. The lyrics were clouded with intrigue—was Paul really dead? What was that if you played the record backwards? Why did Lucy in the sky with diamonds have to an acronym for LSD, who was the infamous Eggman and the Walrus? Coo Coo cachoo…. The visual images of the “growing pains” of the time, bordered on tragic—as they were indeed tragic and deadly for many of what had become known as a psychedelic generation.

The song Blackbird, whose lyrics are posted above, was written by Paul McCartney and John Lennon in 1968. The music based in Bach and the lyrics based in racism. I heard Paul McCartney give an interview not long ago regarding Blackbird—he said it was basically a tale about the struggles a young black girl would be enduring during such a turbulent time.

Blackbird is one of my favorite songs of the Beatles. Oh there are others that I love…those with perhaps more poetic lyrics or better rhythm and beats but there was always something a bit mystical about Blackbird. Maybe I likened it a bit to Poe’s The Raven—this black specter that appears as a harbinger of things to come. Yet the difference between the Raven and Blackbird is that I feel a sense hope—hope steeped for a Blackbird that sees the opportunity of flying freely away, as its moment has arrived….

I do not feel the same kindred spirit for today’s profanity laced, sexually explicit lyrics. There is anger in today’s music—more so than the music of my day. That is not to say that musicians and the youth of my day were happy with the circumstances of our times—the anger and frustration was simply channeled differently. A message could be conveyed without the degrading of woman, the arrogance of racial indifference, or the use of profanity as if there were no real words to be found and utilized rather than the use of the hate filled dribble of today.

Perhaps this generation does not know how to deal with the anger that they wish to express. I see that daily in the hallways of schools and in the buses that transport children to and from school all across this nation, as fighting is rife and most violent. Frustration seems to be at an all time high and yet it is not dealt with constructively towards change but rather destructively towards death. Violence seems to be almost acceptable– or– is it because all have become desensitized or jaded or perhaps both?

I know that it is common for an older generation to bemoan those of the following generations, but I feel there is something more ominous and sinister going on in our society concerning our youth. The innocence and naiveté is gone, or simply never existed. Which makes me wonder what my generation did or did not do, has or has not done by this generation’s kids to have them going the way in which they are going…and sadly taking all of us with them.

A wise friend once told me that what one generation tolerates, another accepts. I hear the same mantra over and over again of noted experts rattling off to parents the “wisdom” of picking one’s battles. Let some things go they say…but have we let too much go? Are we tolerating too much? Too much hate, too much violence all in the name of tolerance. I was taught that racial slurs were unacceptable but yet we allow them in the music and lyrics our kids listen to and chalk it up as “ok”–they can say that because of who they are—I don’t buy that.

May we be mindful of the road we are paving—as the late Pope John Paul and Mother Teresa often were heard to lament–our’s has become a society of death.

Let us remember that it is never too late to find the moment to arise and take flight for the things that are right–turning from the death and destruction which seems to be taking hold of our world. What will it be that defines you and your generation? Life, respect, order, or death, degradation, anarchy–choose wisely–lives depend upon it.