Passion and indifference–two polar opposite emotions, stances, choices, feelings. . .the excess of or the lack of an internal drive.

Both can be quite dangerous.

One can bring about something positive or something quite negative, depending on the drive and focus. The latter can also bring about change—but often sadly so. . .
Both can be quite frustrating—for both the owner of and the recipient of.

There once was a tiny young girl named Agnes who prayed very hard that she may grow up to one day do big things for the very big God of her heart.
The God of all gods answered the tiny girl’s prayer.
He told her what she was to do.
She got busy.
This was her passion.

The tiny woman grew to be a tiny old woman.
She had spent her entire life doing big things for the big God of her heart.
She was so busy, she never thought of herself. There was simply no time for self.
She never asked anyone to do anything that she had not already done herself.
There were just so many who needed so much that she had to work so very hard. So very many people were in such great need that it was almost over whelming. The tiny old woman worked non stop as she knew that this was what she had prayed for and that the big God of her heart had answered her prayer.

Sadly however, to the tiny old woman, the very big God of her heart had now remained silent for such a very long time. She had not heard from Him since her last really big prayer. But it didn’t matter, she still had big things to do for the big God of her heart.
She thought that if she was not doing the right things then He would certainly say something. Obviously His silence was an indication of her doing the right things.

The tiny old woman now grew to be a tiny frail sickly old woman.
She continued working, doing the big things she had asked to be able to do, but inwardly she worried.
Why was the big God of her heart so silent for so long?
No matter.
There was still so very much to do.

And so the story went—until one day the tiny frail old woman closed her eyes for the final time.

There was never the concern for self. Never vying for a stance of “I’m right, you’re wrong”. No vacations, no shopping sprees, no finding of one’s self. No indifference. Instead there was simply the passion of the big work for the big God of one’s heart.

When the tiny young girl named Agnes was 18 years old, she changed her name. She had entered the religious order of the Sisters of Loreto in Ireland. As a young girl she had greatly admired the young saint known as the little flower–Thérèse de Lisieux. Agnes also admired the spanish mystic nun St Teresa of Avila.

Pieces of the world are now better for all of the work of the tiny young Agnes who grew to be a giant of a tiny old woman. And it all came about simply because of a tiny young girl who had a big desire to do really big things for the very big God of her heart. So it matters not if you are big or small, rich or poor, highly educated or not—it only matters if you have passion, and if that passion is genuinely set upon doing the big things for the big God of your heart. There is really still so very much to be done, it’s all just a matter of passion. 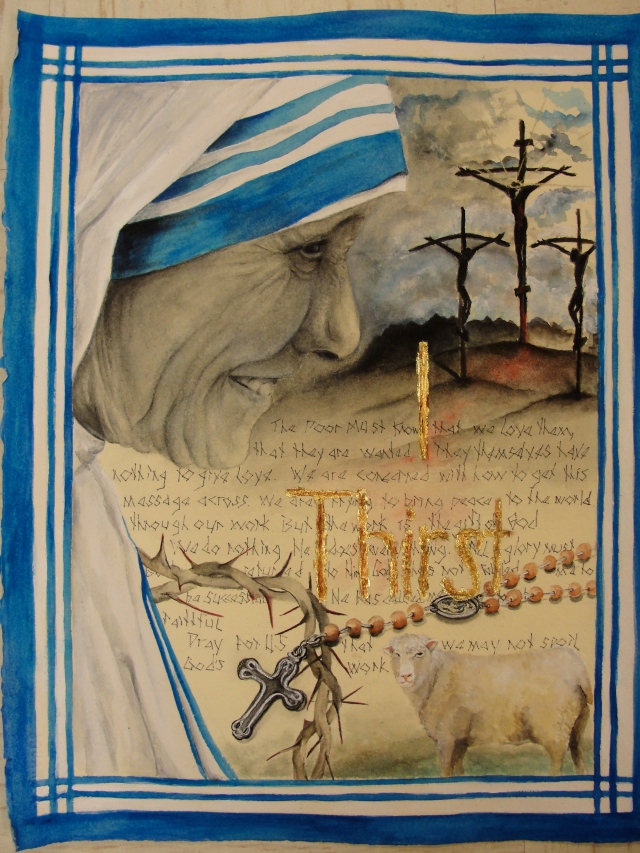