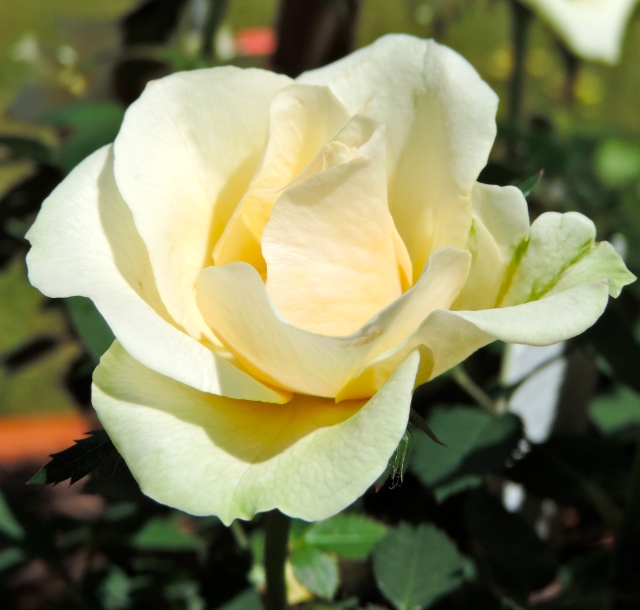 Who would have thought it possible that a tiny little flower could preoccupy a person so completely
that there simply wasn’t room for any other thought.
—SOPHIE SCHOLL

Thanks to my sweet and wonderful future daughter-n-law and son, I received this beautiful tiny white rose bush for Mother’s day. My husband gave me a nice new camera as well, which is a nice step up from my little pocket digital Sony. I thought I’d try out the new camera by snapping a few shots of the rose bush.

The tiny white rose blossoms appear demure and almost shy– so unlike their larger showy cousins. I wanted to find the perfect quote or saying to accompany the photographs. I actually found this wonderful quote by Sophie Scholl, when suddenly I remembered the book I had sitting in my stack of books to read—A Noble Treason –The story of Sophie Scholl and the White Rose Revolt Against Hitler.

Sophie Scholl and her brother were founding members of the White Rose Society—a group of college students who worked to undermine the Nazi regime with the use of passive resistance. It was their hope and vision that, by joining together, the youth of Germany could topple Hitler and his regime.

They helped to publish and distribute leaflets condemning National Socialism. They also painted denunciations of Hitler and the Nazis on the walls of buildings and houses. When seen tossing a stack of leaflets from a college window, the Gestapo arrested Sophie, her brother and another young man. The trio was quickly tried in a farce of a court hearing, sentenced to death for sedition against the state, and were beheaded within hours of the sentencing.

Does it make me sad that upon seeing such a beautifully small white rose I am suddenly reminded of the sad true story of a brave young German girl? Not in the least–I find it a comforting reminder that there have been brave people who stood up to tremendous evil–all at such an overwhelming cost. I enjoy my freedom today because of the brave men and woman of a previous generation. Will a future generation feel the same towards our generation—that I cannot answer. 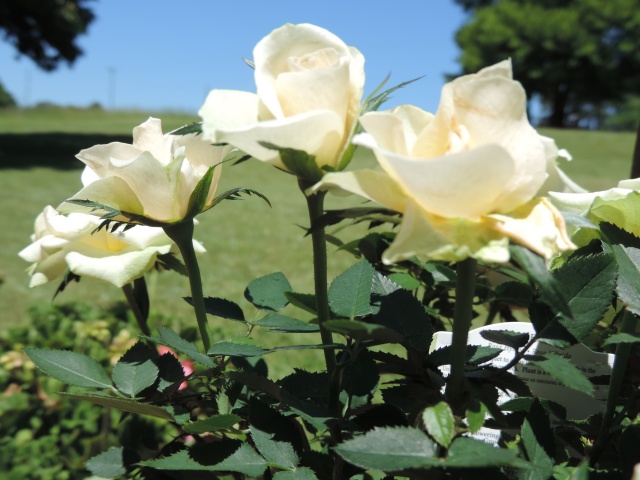