“The most precious gift we can offer others is our presence. When mindfulness embraces those we love, they will bloom like flowers.”
Thich Nhat Hanh

“Don’t judge each day by the harvest you reap but by the seeds that you plant.”
― Robert Louis Stevenson

Many years ago when I was a mere wide-eyed impetuous young fire cracker,
I spent a great deal of energy wishing I was 10 years further down the road.
I believed I had much to do and I was chomping at the bit to do it.
Anxious,
Anticipatory,
Impatient.

Could God not see my energy, my enthusiasm, my willingness.
I was ready.
Why was He not?

College was frustrating me.
I didn’t know how best to direct my path.
I was more than willing to chuck it all out the window, if God would just point the way.
I knew I had much to do, it’s just that I wasn’t exactly sure that I actually knew what it was,
I was to be doing.
I was in a bit of a desert, or actually stuck on some lone island–languishing and unnoticed.

I wrote countless letters to my poor godpoppa, lamenting my seemingly unproductive position.
I was the anxious kid on the bench with hand jutting up and down,
waving wildly high, “put me in coach”
I was ready, willing and more than sick and tired of waiting.
What in the heck was the hold up??!!

As I’m sure all those letters upon letters from an angst ridden college freshman, sporting rose colored lenses, whose time truly had not yet come as the body may have been willing but, in blessed hindsight, the mind was truly not yet fully developed. . .must have driven him crazy.

He was a wise man.
He was a learned man.
He was a busy man.
He was an important man.
And yet, he would always take time from his most consuming day, stopping all his important things long enough to appease an unripe fruit whose mantra was over and over. . .
When
Where
Why. . .

Found within one of the loving letters written in return was a single key sentence. . .
“There is one thing you need to do, bloom where you are planted, do that one thing you don’t want to do—but do it for me.”

I can remember anxiously finding his letter sitting in my little mail box. I was so excited hurrying back to my dorm room clutching the most wonderfully official looking letter. I just knew within the envelope the key to my future was ready and waiting. His words were always truth personified in my book, if he said it, it was so.
Reading feverishly I came to that single sentence.
“Bloom where I was planted”. . .hummmmmm. . .
But as he added, “do this one thing you don’t much want to do, but do it for me”
I shrugged and resigned myself to holding tight.

And now all these many many years later. . .
an entire lifetime later, I still consider that simple little phrase. . .
Bloom where you are planted

God knows where we are.
He puts us where He wants us.
Often frustratingly to Him, we usually take it upon ourselves to move and relocate–most often prematurely.
However, no matter where we wend up, we must remember God originally planted the seed.
He planted the seed long before we were even born.
The seed has to be watered, fertilized, nurtured, and allowed to grow.
Sometimes the seedling is moved and transplanted. . .no matter, as He continues
Watching
Tending,
Pruning,
Warding off insects and disease.
Without warning and miraculously one magical day,
seemingly out of the blue, a bloom bursts forth.
Hopeful,
Beautiful,
Joyful,
Stately. . .
We are planted and we will in turn bloom—
It’s all just a matter of God’s good timing. . .

Nevertheless, each person should live as a believer in whatever situation the Lord has assigned to them, just as God has called them.
1 Corinthians 7:17 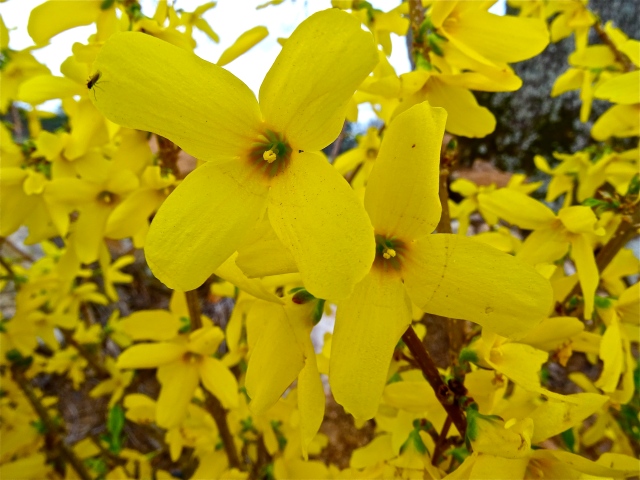