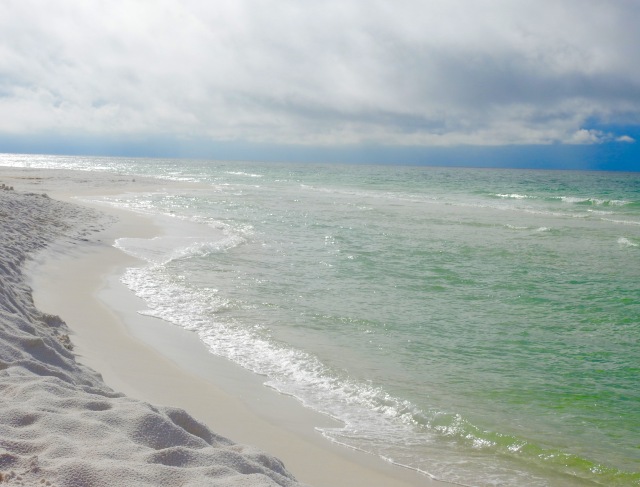 “There is an old legend that after his death Judas found himself at the bottom
of a deep and slimy pit.
For thousands of years he wept his repentance,
and when the tears were finally spent he looked up and saw, way, way up,
a tiny glimmer of light.
After he had contemplated it for another thousand years or so,
he began to try to climb up towards it.
The walls of the pit were dank and slimy, and he kept slipping backdown.
Finally, after great effort, he reached the top, and then he slipped
and fell all the way back down.
It took him many years to recover,
all the time weeping bitter tears of grief and repentance,
and then he started to climb up again.
After many more falls and efforts and failures he reached the top and
dragged himself into an upper room with twelve people seated around a table.
“We’ve been waiting for you, Judas” Jesus said.
“We couldn’t begin till you came”

I heard my son-in-law, Alan tell this story at a clergy conference.
The story moved me deeply.
I was even more deeply struck when I discovered that it was a story
that offended many of the priests and ministers there.
I was horrified at their offense.
Would they find me, too, unforgivable…

But God, the Good Book tells us, is no respecter of persons,
and the happy ending isn’t promised to an exclusive club.
It isn’t -face it- only for Baptists, or Presbyterians or Episcopalians.
What God began, God will not abandon.
He who began a good work in you will carry it on to completion.
God loves, everyone, sings the psalmist.
What has named will live forever Alleluia!
Madeleine L’Engle

It is indeed an interesting thought to consider that there was, could have actually been,
repentance, then forgiveness given…
to the one who seemingly sold his soul for thirty pieces of the silver for
the betrayal and life of God’s beloved son…
only to be followed by the taking of his own life by hanging over
the damning realization of his actions…

Who am I, steeped in the wretchedness of my own transgressions,
my own unworthiness, is to say, can say,
who is to be forgiven…and who is not…

The heart is deceitful above all things, and desperately sick;
who can understand it?
Jeremiah 17:9

And you were dead in the trespasses and sins in which you once walked,
following the course of this world, following the prince of the power of the air,
the spirit that is now at work in the sons of disobedience—-
among whom we all once lived in the passions of our flesh,
carrying out the desires of the body and the mind, and were by nature children of wrath,
like the rest of mankind. But God, being rich in mercy,
because of the great love with which he loved us,
even when we were dead in our trespasses, made us alive
together with Christ—by grace you have been saved—-
and raised us up with him and seated us with him in the heavenly places in Christ Jesus,
so that in the coming ages he might show the immeasurable riches
of his grace in kindness toward us in Christ Jesus.
For by grace you have been saved through faith.
And this is not your own doing; it is the gift of God,
not a result of works, so that no one may boast.
For we are his workmanship, created in Christ Jesus for good works,
which God prepared beforehand, that we should walk in them.
Ephesians 2:1-10