After finishing every piece of his glorious music, Bach would sign it SDG.
To the glory of God alone. If we recovered more of that zeal,
humility and love – what a transformation would be seen in our self-obsessed,
faction ridden, hypocritical churches.
David Robertson 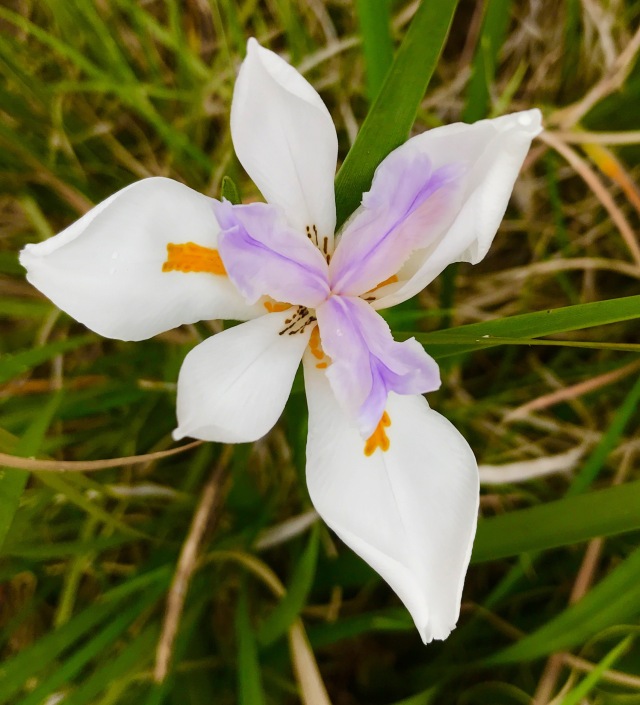 I am no theologian nor biblical scholar.
I am no mystic who has a special connection to God via the Holy Spirit.
I am just a simple believer, follower of Christ, member of the Christian fold.

I am also a person who greatly enjoys history…

So I am well aware that this is the 500th year marking the Reformation.
Otherwise known as the day a disenchanted German Catholic monk nailed 95 points of contention to the doors of his hometown church, the Wittenberg Cathedral.

And life, as the faithful had known it, has never been the same since….
for good and bad.

For some of us, that was a grand and glorious day…
for others, it was the opening of Pandora’s box in a Christian nutshell.

Meaning all hell had broken loose.
And of course we know who really enjoys that notion….

Gotta love the squabbling of family
As in one big happy Christian family don’t you know….

And of course those squabbling family members don’t think either’s side is
actually truly Christian… but that is a tale for another day….

Personally I hate that it ever had to come down to such.
Because I’m just not a fan of schism or divide…
or of the ensuing wars and disputes and inquisitions that followed suit.

But what exactly does one have to do to get the ‘powers that be’
to step up to the plate and fly right!!!?

As obviously that very notion seems to have plagued our friend
Martin the monk.

I for one just see a now long sad line of spiraling ever outward.

First the West and East spilt.

Then the reformers spilt from the west.

Then the English followed a king and his kin who got mad at the West.

Even today local churches are getting in on the act when one group in the church gets
mad at another group and breaks away starting their own new little church….

On and on ad nauseum it goes…

“I was once asked to take part in a joint mission in a Scottish town that included
one of the local Church of Scotland’s.
I did not see that as a problem because there were (and still are)
a good number of C of S congregations and ministers that remained faithful
to the Gospel and whom we could work with.
During a preliminary meeting I began to be concerned about the basis on which
we were going to do this mission.
“Are you a Gospel Church?” was the subtle question.
“Oh, yes” came the certain reply.
‘What do you mean by the Gospel?’
“Telling people that they are saved!”.

That was the end of the mission.

More recently I have come across this strange phenomena.
Mainstream churches that use all the Gospel language but mean something
very different.
They would deny the atonement, the virgin birth, heaven and hell,
and the necessity of the New Birth,
but they still get mortally offended and ‘hurt’;
if you dare to say they are not a Gospel church.
“Of course we are a Gospel church–look at all the work we do.
We are faithful people seeking to bring the Good news of Jesus into our communities”.
The combination of the hurt card and nice sounding language often means that
those who are genuine evangelicals back off and buy into what is in fact nonsense–
indeed, worse than that.
It is poison.

Those who are genuine bible believing Christians need to stand together, even if they differ on secondary issues, for the basic and most fundamental truths of the Gospel.

Instead of showing denominational loyalty to dead churches and false,
lazy or ignorant shepherds (the real wolves in sheeps clothing),
we need to get back to the basics of the Reformation and make sure these glorious
truths are heralded clearly throughout our land.”

And so as a “reformed” Presbyterian, I see that the good Pastor is right on point…
but he is also on point as a member of the greater Christian fold….
in that, despite these secondary issues that we divided and often divisive Christian
family members tend to bicker over and make greater than they actually are,
it is to the fundamental Biblical principles in which we truly must attend…
That being the Gospel of Jesus Christ—
And not our own proclamations and decimating of the twists and spins we feel
necessary to offer according to the times…

God’s word is God’s word.
It has stood the test of man’s time on this planet…just as it will remain long
after we are all gone and this planet is no more…

His sacred and holy Word is not in need of being reinvented for each new generation.
It does not need to be amended to fit this ridiculous new mindset of
all things inclusive.
It is not simply a signpost for peace and love…

It and He are each much much more…

Man was given tenants and rules in which God decreed.
He also decreed that should said rules, laws, tenants be broken, there will be consequence…
Simply rewriting them or ignoring them does not make them go away.

Then Jesus, who was immaculately conceived, was born of a Virgin.
He was the bridge to reunite fallen man with God…
who is not of sin, space nor time.

Jesus freely offered himself as payment for our sins.

He was crucified, died and buried.

He descended into Hell.

After 3 days, He rose from the dead.

It sounds all so unbelievable and yet so simple all at the same time.

As C.S Lewis reminds us…
“I am trying here to prevent anyone saying the really foolish thing that
people often say about Him:
I’m ready to accept Jesus as a great moral teacher,
but I don’t accept his claim to be God.
That is the one thing we must not say.
A man who was merely a man and said the sort of things Jesus said would not be a
great moral teacher.
He would either be a lunatic—-on the level with the man who says he is a poached egg—-
or else he would be the Devil of Hell.
You must make your choice.
Either this man was, and is, the Son of God, or else a madman or something worse.
You can shut him up for a fool, you can spit at him and kill him as a demon or you
can fall at his feet and call him Lord and God,
but let us not come with any patronising nonsense about his being a great human teacher.
He has not left that open to us.
He did not intend to. . . .
Now it seems to me obvious that He was neither a lunatic nor a fiend:
and consequently, however strange or terrifying or unlikely it may seem,
I have to accept the view that He was and is God.”
(Mere Christianity, 55-56)

In the mid-nineteenth century the Scottish Christian preacher “Rabbi” John Duncan
(1796-1870) formulated what he called a “trilemma.”
In Colloquia Peripatetica (p. 109) we see Duncan’s argument from 1859-1860,
with my numbering added:

Christ either [1] deceived mankind by conscious fraud,
or [2] He was Himself deluded and self-deceived,
or [3] He was Divine.
There is no getting out of this trilemma.
It is inexorable.
Justin Taylor

And so…Reformation or not—be it good or be it bad…it is.

No ignoring it or being mad at it or simply embracing it…
the bottom line is that we must be a people of the Gospel…
not dogma, not demigod, not ourselves and our culture but of the Gospel–
because when it’s all said and done and and nothing else is
left standing…the Word of God remains…

All Scripture is breathed out by God and profitable for teaching, for reproof, for correction, and for training in righteousness,
2 Timothy 3:16