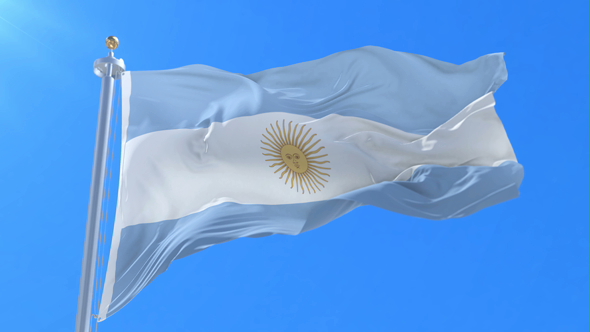 “The state must protect its citizens in general and women in particular,” he added.
“Society in the 21st century needs to respect the individual choice of its members
to freely decide about their bodies.”

So read the opening to an article I caught yesterday morning.
An article that focused on a speech given by the President of Argentina, Alberto Fernández.

There was a flippant remark, “abortion happens” followed by
“it’s the state’s responsibility to protect”…

So my question is…

Who protects an unborn baby?

Obviously not the state.

If the bill passes, the country with a population of 45 million will become the largest nation
in Latin America to do so, joining Cuba, Uruguay, and Guyana.

The culture of death advances,” Monsenor Jorge Eduardo Scheinig, an archbishop,
said in a recorded message.
“We need to pray so that in Argentina, the yes to life is stronger than death.”

Click on the link in order to read the full article…
If you care about the unborn child…we must continue to pray— speaking both up and out!

(**and what of the irony of Madonna, Madonna Louise Cicconea, a cradle Catholic,
channeling her best Eva (Evita) Perón)

There are six things that the Lord hates,
seven that are an abomination to him:
haughty eyes, a lying tongue,
and hands that shed innocent blood,
a heart that devises wicked plans,
feet that make haste to run to evil,
a false witness who breathes out lies,
and one who sows discord among brothers.
Proverbs 6:16-19

“Be brave and try to detach your heart from worldly things.
Do your utmost to banish darkness from your mind and come to understand what true,
selfless piety is.
Through confession, endeavor to purify your heart of anything which may still taint it.
Enliven your faith, which is essential to understand and achieve piety.”
St. John Bosco 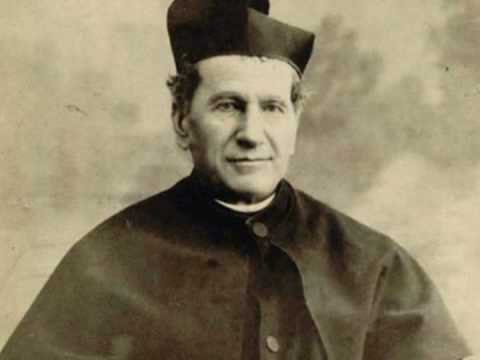 There is so much more that I’d like to write about John Bosco, this educator/saint,
but again time is not on my side.

Hopefully, I will do so, God willing, as time allows.

But until then, I’ve included a brief biography of this man from Turin, Italy below.

This past school year was a very trying time for my daughter-n-law.
And that is putting it mildly.

Here she was, a new young first-time mother of a young child learning to manage
motherhood and her work…as work was anything but easy.

She had taught school in the public sector for several years, earning the reputation
as a stellar educator.

This past year, due to moving and making home in Atlanta, she made the move to a parochial school.

Initially, the hire seemed to be a God-send.
The woman who hired her, the then acting principal, was moved by my daughter-n-law’s record as
an educator as well as her exceptional interview.

Yet as fate would have it, this woman retired only to be replaced by an interim principal.

To say that the replacement was a bully and difficult would be an understatement.

As a veteran educator of 31 years, when I had the opportunity to meet her fellow colleagues
at her baby shower, I was struck at how miserable this staff actually was.

The entire staff hated this bullying tyrant acting principal—several vowed to quit,
many long-time veterans were fearful their contracts would not be renewed.
All the while this sadistic man seemed to have a laser of extreme hatred,
focused on his co-teacher, our daughter-n-law.

I was fretful because as our daughter-n-law was very pregnant, I was more than aware of
what outward stress internalized could possibly do to an unborn child.

We were all on pins and needles as our hands felt tied.

Frustrated and anxious summed up the winter months.

At the end of February, our son and daughter-n-law bought a new rug.
I was there the day they brought the rug home.
As we unrolled the rug, we found what first appeared to be a half dollar rolled up
inside the rug.

Upon further inspection it was a St John Bosco medal.

We are not a Catholic family so my son and daughter-n-law were a bit perplexed
and unaware of who this man was.

My quasi-Catholic self knew good and well about St. John Bosco.

“Abby”, I exclaimed, “don’t you see…this is St John Bosco…he is more or less
the patron saint for educators…”
“It is a sign…God sees and He knows of your troubles…you’ve got to trust”

I had no doubt after this “coincidence” that God was at work.
Because in my world there are no coincidence but rather only the
workings of the Holy Spirit.

It’s is a long story that I will save, but circumstances grew to such a level that this
hateful man actually painted himself into a corner.
Word was issued, via e-mail, during Spring Break that this principal had been relieved of his duties
and would not be returning.

It was an answered prayer not only for our family, but also for entire school staff.

It is us, His often lost and clueless children, who so often need reminding.

John Bosco’s theory of education could well be used in today’s schools. It was a preventive system, rejecting corporal punishment and placing students in surroundings removed from the likelihood of committing sin. He advocated frequent reception of the sacraments of Penance and Holy Communion. He combined catechetical training and fatherly guidance, seeking to unite the spiritual life with one’s work, study and play.

Encouraged during his youth in Turin to become a priest so he could work with young boys, John was ordained in 1841. His service to young people started when he met a poor orphan in Turin, and instructed him in preparation for receiving Holy Communion. He then gathered young apprentices and taught them catechism.

After serving as chaplain in a hospice for working girls, Don Bosco opened the Oratory of St. Francis de Sales for boys. Several wealthy and powerful patrons contributed money, enabling him to provide two workshops for the boys, shoemaking and tailoring.

By 1856, the institution had grown to 150 boys and had added a printing press for publication of religious and catechetical pamphlets. John’s interest in vocational education and publishing justify him as patron of young apprentices and Catholic publishers.

John’s preaching fame spread and by 1850 he had trained his own helpers because of difficulties in retaining young priests. In 1854, he and his followers informally banded together, inspired by Saint Francis de Sales.

With Pope Pius IX’s encouragement, John gathered 17 men and founded the Salesians in 1859. Their activity concentrated on education and mission work. Later, he organized a group of Salesian Sisters to assist girls.

“When it became clear that the death warrant for hundreds of thousands
of Irish babies was about to be signed, it broke my heart.
When I saw the grotesque pictures of people dancing in the streets in
celebration it was like a scene out of Dante’s Inferno.”
David Robertson 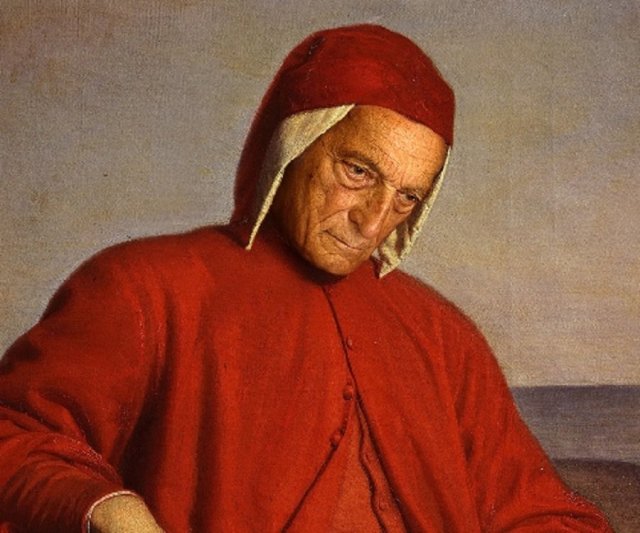 Dante degli Alighieri was a 14th century Florentine who is most remembered for the epic
poems he composed into a collection known as The Divine Comedy…Inferno, Purgatorio, and Paradiso…
in other words, Hell, Purgatory and finally Paradise.

The collection of 3 poems are as epic as they are brilliant.
An allegory for what Dante believed were his own dark days and yet sadly for us,
during these trying days of our own, his words are most timely as they remain as a
reflective mirror—reflecting the emptiness of our own darkness.

As noted by a description on Wikipedia,
“it [hell] is the “realm…
of those who have rejected spiritual values by yielding to bestial appetites
or violence, or by perverting their human intellect to fraud or malice
against their fellowmen”.

Our friend the Wee Flea, the Scottish Pastor David Robertson, continues in his most
recent post which piggybacks off of the post he wrote just following the passing of the
referendum in Ireland rescinding the ban on abortion, as a most troubling sign of the times.

David likens much of what we are witnessing coming out of Ireland, in particular
what is coming out of the capital of Dublin, with its now jubilant party-like atmosphere
following the passage of the vote,
as something that could be straight out of the pages of Dante’s Inferno.

David notes that the vote, which is in itself bad enough in its own right, almost pales in
comparison to the near-hysterical celebratory mania that has followed the referendum’s passage…
a frenzied jumbled hoopla that is more than disturbing, it is downright barbaric.

Think about it…
a vote passed with an overwhelmingly large percentage in favor of the right to
terminate pregnancies up to 12 weeks…meaning that a mother can decide to
legally kill her unborn child, and the people are celebrating as if some massive
and oppressive enemy has just been finally and thankfully defeated.

Some sort of David and Goliath moment but so utterly far from such.

Prior to this vote, women in Ireland who wished to terminate their pregnancy
had to travel to Britain.

Yet today, women from around the globe are now proclaiming this latest referendum as
a giant victory in the way of women’s rights.
It’s that whole notion of ‘it’s my body, it’s my choice’ nonsense.

But what of it no longer being just your body involved?
Technically it is no longer the choice of a single individual because there are
actually, two bodies now involved.

And if the truth be told, it is not merely a singular choice or even a choice of two…
but rather it is a choice that truthfully involves three…

Yet oddly we never seem to hear about nor count the male who was involved
and assisted in the occurrence of this now rather ominous choice that is proclaimed as
being a singular choice.

David startingly notes that the whereas the politicians and the media have each
joined in the festivities proclaiming this referendum as a victory for the people…
the collective body of Church families has remained eerily silent.

A few clergy members here and there have voiced their sorrow but as far as a collective
Christian body response, the voices remain silent…

My favorite quote by Dante:
“The hottest places in hell are reserved for those who, in times of great moral crisis,
maintain their neutrality.”

The Irish Referendum – the Repercussions

Matt. 18:1 At that time the disciples came to Jesus and asked,
“Who, then, is the greatest in the kingdom of heaven?”
He called a little child to him, and placed the child among them.
3 And he said: “Truly I tell you, unless you change and become like little children,
you will never enter the kingdom of heaven.
4 Therefore, whoever takes the lowly position of this child is the greatest in
the kingdom of heaven. 5 And whoever welcomes one such child in my name welcomes me.
“If anyone causes one of these little ones—those who believe in me—to stumble,
it would be better for them to have a large millstone hung around their neck and to be
drowned in the depths of the sea.