“When I realize that God makes his gifts fit each person,
there’s no way I can covet what you got because it just wouldn’t fit me.”
William P. Smith

We are always striving for things forbidden, and coveting those denied us.
Ovid 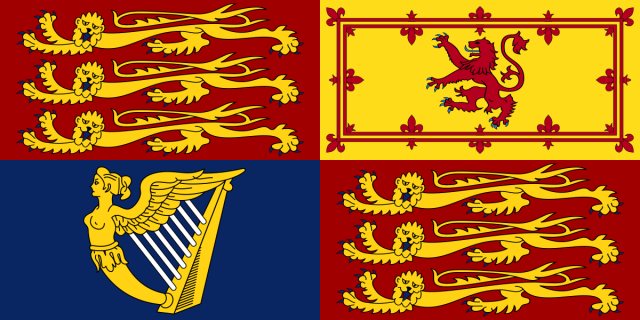 I’m not exactly certain as to why it is…
but what I do know is that it is indeed a real thing.

What am I talking about you ask?

Well, a couple of things really…but first I need to set the stage for our day’s
dialogue with a peek into an odd little obsession of ours.

It seems that we Americans have a bit of an obsession with anything and everything “Royal.”

Maybe it goes back to our being the somewhat red-headed stepchild or the kissing cousin or
simply the former colonist…I’m not exactly certain as to the reason but what I do know is
this—-
That the wee tidbits and morsels of all things Royal…be it from the news (aka gossip rags)
all the way to the paparazzi pictures tossed our way like a bone to a starving dog,
everything Royal seems to leave us only salivating for more.

We might think this goes back to a public’s love affair, from both sides of the proverbial pond,
with a young girl who grew from a shy and awkward girl into a glamorous beautiful princess all before
our wanting and wondering eyes…

It was a possessive sort of obsession with a girl who had married an older cad of a prince—
a man who had perhaps stopped his selfish playboy ways in order to settle down with
the Cinderella of his dreams.

Yet it was a tale that was neither happy nor neverending.

We loved how she doted over her two adoring sons and we felt protective when she became a
much-maligned princess from the Royal’s perspective.

And eventually, we painfully mourned when her beautiful life was tragically cut short…

Her demise was due in part to our obsession and to those who wanted to feed
that obsession.

Or maybe this fascination of ours goes back even further.

Maybe it goes back to the King who abdicated his short-lived reign in order to marry the
“woman whom he loved”—
A very public curiosity over the matter of duty versus that of love.

It was an abdication for a woman who was both an American and twice-divorced—all of which
precluded a British monarch the right to marry such.

The desire for forbidden fruit.
The desire of our wanting what we cannot or should not have…
or at least in this case, our wanting it for another.

And so being the hapless romantics that we truly are, we must have thought it oh so noble
to turn one’s back on both one’s solemn birthright of duty and responsibility while racing
blindly into the arms of love for love’s sake…
or was that lust for lust’s sake?

Or maybe it goes back even further…back to the life of a young Queen and mother who lost
her beloved prince consort prematurely to a brief illness,
as she spent the next 40 years of her very public life living a very public life of mourning.

A woman we associated with wearing nothing but black while ruling a realm,
of which the sun never set, with an iron thumb.

Or maybe it goes back even further…all the way back to our history books…
back to a king who was married 6 times…
Marrying, executing, losing and leaving women left and right for all the wrong reasons…

Throw in the tawdry sex and it was a made for a Hollywood script nearly 500 years
before Hollywood was ever imagined.

Never mind that his illegitimate, bastard and passed-over daughter carried his legacy
on longer than any other man or woman…
that is until our present day’s monarch.

So no matter when this fascination of ours started, we are hopelessly continuing on
with such as we wait, watch and speculate what will be the latest saga
between two brothers…Wills and Harry…
as we fixate on their wives, their children, and their seemingly tragically
beautiful lives.

Lives that truly have no bearing on our own.

However, this post is not so much about our love affair with being Roayl,
being Roayl watchers or hoped for fairytales coming true as it is about our
wanting what others seem to have.

And no, I’m not suggesting that we want Royalty over our Presidency…
despite perhaps many
bemoaning such a possibility…
For we have our own royalty as we have turned our Presidents into our personal
little Royalty…
think JFK and Jackie, Ronnie and Nancy…
Just as we do with our entertainers and sports figures.
We have mastered the art of making people into things they really aren’t.

Or maybe, just maybe, it is…
Maybe it is about our selfish wants.

For this is a post about our yearning to have that which is not our own…
wanting what others have and we have not.

We call it the simple act of coveting.

And coveting just happens to be on that oh so controversial list of “do nots”
as in the list of the Ten Commandments.

I think our subject actually comes in at number 10

Thou shalt not covet.

Yet we have seen this notion of wanting what another has since the dawn of man.

Adam and Eve wanting the knowledge God had.
Cain wanting the recognition from God that was afforded to Abel.
David seeking another man’s wife…

We have been wanting what is not ours to have been since that initial apple incident…
as our wants have only become even more alluring.

Coveting is indeed our insidious obsession.
And our society has honed it into a fine art form…a very profitable art form.

One we call marketing.

They have it, we want it.
So let’s make it work.
Plain and simple.

We’ll market it, make everyone think life’s happiness depends on it and then we’ll sell it…
We’ll make gobs of money in the meantime…allowing for more wanting and having.

Not only are we inundated by cutting-edge advertisements and sales gimmicks working on a
psychological level convincing us that our happiness and well-being depends on getting and having–
we now have social media making us yearn for what we see others enjoying, doing and having.

The beautiful life plays out in front of our very eyes making us feel less-than because
we don’t seem to be having as much fun, traveling to such exotic destinations,
attending such fun events or accumulating as cool a-stuff as those whose lives
spill out before us on Instagram and Facebook.

I had a friend once tell me that she was going to stop looking at facebook because, as she
confided, it actually made her feel bad about both herself and her life.

She found herself becoming jealous and in turn depressed over her friends who were traveling,
having fun, buying new cars, new homes, new everything and anything they thought to post…
images of that which she wasn’t doing or of that which she didn’t have.
All she was doing was getting up each day and going to work.
How fun, how glamorous or how mundane or how boring was such a life?

Just the other week I found myself lamenting that my cousin was heading out on a trip
to Bermuda while several other friends were off to Europe for a couple of weeks…all the
while I was off to babysit.

I wanted what they had… the fun, the freedom, and the adventures.

Yet what was wrong with what I had?

For what I had was more lasting and not fleeting… it was not something that would only grow dim or
forgotten in a short time but rather it was something that was enduring and edifying.

We want what others have…
while leaving behind what is our own realtime lives.

We compare what we have, or rather what we don’t have, to all that is around us and in turn determine our
level of self-worth and self-esteem—and if the truth be told, we usually come out
on the short end of the stick.

How many of us snap pictures of this or that wonderment we’re currently experiencing and find
it almost too hard to resist the urge to race to our social media outlets in order to quickly
upload, post, and share?
Living not in the moment but rather living in the moment ahead.

Our brag sheets to the world…while we calculate just how many ‘likes’ we will then accrue.

The fleeting fickleness of having and not having.

We have become the masters of voyeurism.
Living a life of watching the lives of others as we yearn for that which is not ours.

We are living in a world, in a culture, that glamorizes that which we have been commanded to
avoid—to avoid at all costs for our own eternal salvation.

We’re being sold a bag of ill goods..a bag of lies while we greedily digest the tawdry,
the egregious and the wanton with a sick level of zeal.

Things which are quickly forgotten…
just as is the cost for such forgetting…
along with the cost of coveting.
All of which are becoming dangerously inbreed deep into our psyche.

So perhaps the lesson to be found in this roundabout tale is the fact that we most certainly do
yearn for Royalty.

We yearn to be the princes and princesses of a king…
the sons and daughters of a great King of a great Kingdom…
afforded the glory found in such a king and kingdom.

And the thing is, we need not dream of such…
for we are the heirs of the one Great King…

Take delight in the LORD, and he will give you the desires of your heart.
Psalm 37:4