“Gentlemen, why in heaven’s name this haste?
You have time enough.
Ages and ages lie before you.
Why sacrifice the present to the future,
fancying that you will be happier when your fields teem with wealth and your cities with people?
In Europe we have cities wealthier and more populous than yours, and we are not happy.
You dream of your posterity;
but your posterity will look back to yours as the golden age, and envy those who first burst into this silent, splendid nature, who first lifted up their axes upon these tall trees,
and lined these waters with busy wharves.
Why, then, seek to complete in a few decades what the other nations of the world took thousands of years over in the older continents?
Why, in your hurry to subdue and utilize nature, squander her splendid gifts?
Why hasten the advent of that threatening day when the vacant spaces of the continent shall all have been filled, and the poverty or discontent of the older States shall find no outlet?
You have opportunities such as mankind has never had before,
and may never have again.
Your work is great and noble;
it is done for a future longer and vaster than our conceptions can embrace.
Why not make its outlines and beginnings worthy of these destinies,
the thought of which gilds your hopes and elevates your purposes?”
Lord James Bryce 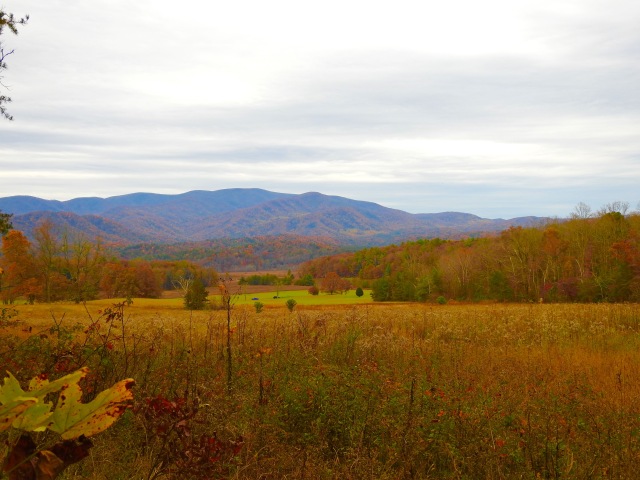 Lord Bryce was the British Ambassador to the United States from 1907-1913.
He witnessed first hand the advent of the American Industrial Revolution.
A time of almost unchecked growth and development by an overtly zealous people.
The seemingly vast natural resources, which for a time appeared to be almost limitless, were in actuality, being gobbled up at an alarming rate.

Timber, land, crops and even animals were not to be spared during the boom of American growth and development.This was the time when the passenger pigeon, a bird that once numbered in the hundreds of thousands, was hunted to extinction. Buffalo were well on their way to the same fate as were thousands of ornately feathered birds of the Everglades which provided the plumage for the day’s high fashion of ladies hats.

If it was there, we felt it was ours for the taking.
Our appetites were ravenous as it became impossible to satiate our hunger.

Thankfully wise men such as John Muir, Stephen Mather and Theodore Roosevelt, to name but a few, saw the dangers of the Nation’s maddeningly rapid growth and appetite for all that it saw.
Lands which were directly in harm’s way began being designated as National Parks.
Animals that were on the verge of eradication were granted protection.
Laws were enacted to put the brakes on our quest of all that was in sight.

Yet it seems as if Lord Bryce’s observation is as telling today as it was over one hundred years ago.
As we are continuing to sacrifice the present for the future.

The photo above is an image of Cades Cove taken last fall.
Cades Cove is one of my most favorite places…yet I am not alone in my love of the Park.

The Cove, as it is so lovingly referred to, is an area of great historical as well as environmental significance within The Great Smokey National Park. Located just outside of Townsend, Tennessee, it boasts being on the “quiet side of the Smokies” as it rests in the shadow of the mega busy and ultra touristy Gatlinburg and Pigeon Forge.
Yet it is said that the 11 mile one way loop within Cades Cove is one of the most heavily visited sections of the National Park—more so than that of any of the other great parks.

An estimated 2 million people visit the Cove annually (with an estimated 9 million visiting The Great Smokey Mountains Park as a whole) with the heaviest onslaught being late Spring through mid Fall.
With 2 million annual visitors, how many cars do you imagine drive that 11 mile loop?
If you have ever been caught in the often 3 to 4 hour traffic jam nightmare of too many cars trying to make an 11 mile loop at once, then you know it is far too many.

But the question of what to do with all those cars and all those tourists has plagued Park officials and Government leaders for years. The Park, the Cove in particular, is one of the heaviest air polluted parks in the country…

What to do will all those cars and all those people is indeed vexing.

Yellowstone, the Grand Canyon, Crater Lake, the Everglades… these parks know all too well the repercussions from the growing onslaught of tourism—the true love / hate relationship of our national parks.
Yet these areas, these lands, these parks with their vistas, wildflowers, snowcapped peaks, their crystal blue lakes, their truly wild animals and their wide open spaces are our legacies to ourselves…they are our reminders of what this country was in its rawest form. They are our gifts to ourselves…yet it appears, for better or for worse, we very much enjoy these gifts…maybe if not a bit too much…

So yes, we are indeed a hungry people as we continue living our lives in great haste…
With this being the 100th year of the National Park Service, we are aptly reminded that we have a handful of precious gifts scattered throughout this great land of ours which are in desperate need or our thoughtful care and consideration.
In our often zealous nature, we sometimes have a tendency to love a good thing to death…

In God’s wildness lies the hope of the world –
the great fresh unblighted, unredeemed wilderness.
The galling harness of civilization drops off,
and wounds heal ere we are aware.
John Muir

“The rain to the wind said,
‘You push and I’ll pelt.’
They so smote the garden bed.
That the flowers actually knelt,
And lay lodged — though not dead.
I know how the flowers felt.”
― Robert Frost 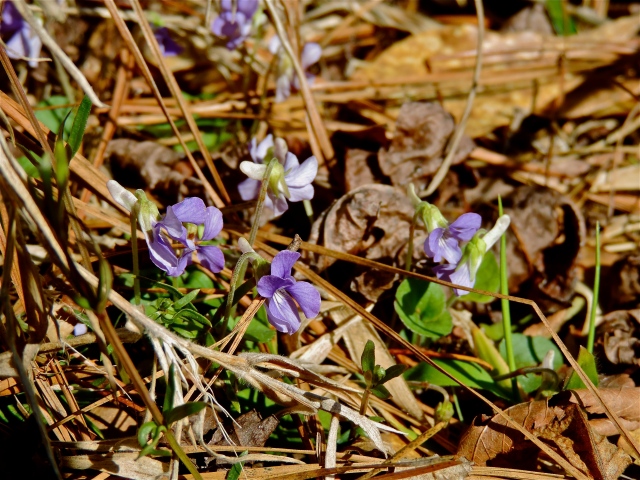 I think that I too know how the flowers felt—or better yet, how the flowers feel.
Who doesn’t seem to know that feeling after this never ending winter?
The winter of our true discontent?!
As I enjoy a sudden greening of the yard and trees, Spring’s warmth however is proving to be deceptively coy.

Today we received flooding rains, again, with temperatures in the mid 50’s. More indicative of a typical February day, not April 7th. The sweaters and coats have not gone very far.

The brave early blooms which were thwarted by our devastating snow and ice storms were the first casualties. Things have been brown, sickly brown, ever since. Fear and sorrow both griped my heart as I surveyed what remained of the yard. What would and would not show forth, once the weather finally cooperated, hung heavy in the back of my mind. We Southerners love our Spring. But then again, who doesn’t love Spring. . .besides those, such as my son, who suffer grievously from allergies, but I digress.

Thankfully the plants and shrubs, which I feared had given up the ghost, are now showing tiny glimpses of life. Ahh, hope does spring eternal—such a nice correlation.

The brown sticks, with dead crunchy blooms, which just a few short weeks ago were giving every indication of being dead and gone, are now showing signs of tiny hopeful little green shoots.

I can remember, several years ago, being deeply distraught over the raging fires that decimated parts of Yellowstone National Park. Lightening being the devastating culprit. We had just visited the park weeks prior to the fires. I watched the news reports with tears in my eyes. The glorious forests and plains, which make Yellowstone the very special place that it is, were being consumed by an unquenchable fire and no man nor all of his technology and power could do anything to stop it . Even the wildlife, which calls the Park home, were often caught with no where to run. Fire’s devastating selfishness, proving so terribly unfair, once again.

And yet, almost miraculously, shortly after the fires were finally quenched, tiny green sprouts could be seen rising up from the burnt forest floor like a thousand tiny Phoenixes rising from the ashes. There is actually a certain tree, which needs the heat of a fire, to jump start its seedlings to the growing process. Nature making certain that she can rebound what had appeared to be total devastation—making certain of the continuation of life.

Nature has her healing ways. . .as does the human spirit.

We, as a people, also have a tenacity buried deep within our core which always seems to rise to the occasion. History teaches us this.
A quick lesson regarding the history of Poland, and that of her people, is a wonderful micro lesson to understanding the human spirit’s ability to rebound, reclaim and regrow—and in the case of Poland, a country that has been wiped off the map time and time again, that would be a lesson learned over and over and over again.

When we find ourselves, as we all will at some point during the course of our lives, in the places of loss. . .those places of the loss of hope, loss of life, loss of love, loss of possessions, loss of faith. . .may we be mindful of the lessons on resiliency found in Nature’s ability to rebound and regrow from what appears to be a nothingness—

Yet more importantly may we be mindful that it is from our own devastation that hope is born.
May we be mindful of the sheer determination and tenacity which is buried deep within each one of us.

As we prepare to enter the solemnity of the dark week of the Passion of Jesus, a man who carried all of our losses in his heart, may we deeply contemplate His example of loss and death both of which gave way to hope, resurrection and Life.

“Great hearts can only be made by great troubles. The spade of trouble digs the reservoir of comfort deeper, and makes more room for consolation.”
― Charles H. Spurgeon