Do you suppose there is any living man so unreasonable that if he found himself
stricken with a dangerous ailment he would not anxiously desire to regain
the blessing of health?
Petrarch 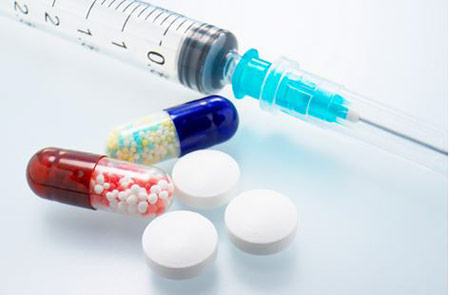 Ailments–illness, typically minor.
Maladies– a disease or ailment.
Anomalies–a deviation from the expected or standard

Ailments are more or less just aggravating…
a sore shoulder, a bruised knee, a cut, a slight headache…
things that don’t bring us to our knees but rather just slow us down.

Maladies, however, usually show up at some point or other, unannounced and
tend to be a bit fierce.

They may sneak up on us in the middle of the night or while on vacation.

They most often cause a disruption to our life’s flow and rhythm…
They come in as a cold, the chickenpox, a sore throat, a broken bone, the flu, a stomach bug…
They are annoyances to health and our time but they are things that are usually
rectified with some attention, a few meds and rest.

At other times, maladies can become a full-blown crisis…

They can come on quickly and out of the blue…
be it something like the physical results from an accident, a case of acute appendicitis,
a heart attack or some ruptured or blocked this or that or the dreaded “C” word…

Perhaps it’s a spiked and dangerously high fever for no apparent reason.
A signal from within that something is terribly wrong.

We tend to worry most when these things happen to children.
Often times their systems just aren’t old enough, immune enough, or tough enough
to fight for themselves.

We tend to go into crisis mode when the malady is within a child.

Yet maladies, be they minute or major, more times than not, happen to all of us
and most need our immediate attention…
or either we may suffer from the consequences of the ‘or elses’ in life.

Some maladies are things we have to learn to live with as it seems that our bodies
and/ or our systems are just the lucky bodies and systems that have inherited something
via DNA or just because we’ve become the lucky recipient of whatever has come our way.

Various long term maladies come to mind such as diabetes, chronic pain issues,
glaucoma, arthritis, and even some cancers…

They are annoying, somewhat debilitating, but we learn to carry on.
That is when many of these issues move from being a malady to the
category of an anomaly.

I know about all of these issues…but no more so than that of anomalies.

I have written before about having to live with IBS…
Irritable Bowel Syndrome.
When I was young, they told my mom I had a nervous stomach.

Today it’s more of a case that I hate my guts because my guts hate me.
It’s a great relationship.

I’ve also written about living with a bum thyroid as I have Hashimoto’s disease–
It steals your eyebrows along with your energy and gives you weight,
whether you wanted the weight or not…
and just as suddenly, it takes that weight away but it will not give back eyebrows.
It is a living yo-yo.

I’ve also written about living with hemochromatosis—living with a body
and a liver that absorbs iron and seems to store it as if the Apocolypse is coming…
as in holding on to it till it builds up to a dangerous level and then
you become known as Ironman or Ironwoman—not so bad if you’re into Marvel comics.

All of which are maladies, but if the truth be told, they are seemingly more like odd
anomalies…deviations from the expected and venturing off into the surreal.

Yet be they maladies or anomalies, they are most often things one learns to live with—
because as we age, we seem to acquire more and more anomalies—
anomalies that we just learn to live with.
Aggravating but we know the only choice is to carry on.

Yet within the recent past year, my anomalies have spiked.
I was left feeling simply bad, all the time.
Achy, tired and just almost flu-like constantly.
But who had time for such?
If you looked at me, you knew no difference…but I did…hence the anomaly.

I am the type of person who likes to have definitive answers in my neat and
tidy little world.
I like to know why certain things are and if I don’t like those certain things,
I want to know what can I do, on my end, to fix them or at least alleviate them.
I’m a doer and a fixer.
I was simply prewired as such.

It seems that my general practitioner, internal med doctor, feels much the same.

Let’s get all the answers and then determine what we need to do.
What is our plan of attack?
I like that, it’s like a good general in battle.

So with a spike in anomalies, which has only lead to exacerbating the current maladies,
I’ve had a bunch of blood work.
I’ve had a few ultrasounds as well.
And the call for a few other tests that I just let pass as time has not been on my side.

My doctor was left with more questions rather than conclusions…

So what does a doctor do when they have more questions than answers???
They send you to another doctor.

I was referred to a rheumatologist.
I was pretty certain I had Lupus.
I just knew it!
I was sure of my answer because finally, I would have some vindication.
I could look a few former doctors, who thought that I was nuts, in the face
and let then know I was not nuts after all!

I’ve thought I’ve had Lupus for most of my adult life.
Too many quirks that couldn’t be readily answered and many of those quirks were
immune-deficient related.

It made perfect sense in my non-medical practicing brain.
Heck, I was adopted, I had no history markers.
I was pulling rabbits out of hats!

It took me two months to get into see this new doctor.
She was backed up that long.
Two months of waiting and feeling like crap but living on…

Then it took almost as long to get the labs and bloodwork back…
One round would come back sketchy so she’d call for more and more vials of blood—
I was beginning to wonder if I wasn’t visiting a vampire or the good old fashion
leech loving doctor.
Heck, why don’t we just chop a hole in my head and let the bad vapors pour on out!

“Hummmmm” I muse in my head.

“But it is Sjögren’s,” she announces—“another type of immune disease but
the better of the two out of Lupus.”

“Yes well, at least I could pronounce Lupus” I inwardly grumble.

“Sjögren’s can accompany Lupus or stand on its own—
for now; it seems yours is standing on its own.”

“It does much the same as Lupus…it affects your joints, your muscles,
it causes fatigue, causes Reynauds in your fingers and it can affect your organs—
but it primarily attacks your salivary glands and tear ducts as in it affects
the teeth, gums, swallowing, and the eyes.
Oh, and it can lead to Lymphoma so we will need to do regular labs”

I’m going to prescribe an immunosuppressant drug that has been around since WWII.
It was a drug used to treat Malaria in soldiers but then the disease grew resistant so they
discovered that it aided in joint pain…so…

Huh???
I thought she said this was the better of the two autoimmune diseases???!!!
And so now I am a mosquito repellant…sigh.

However, she added, your liver enzymes are just way too high and your
ferritin is way too high plus your kidney functions are way off…
so…..”

And so now it’s off to the Gastrointeroligist for a liver biopsy and to the
Urologists to check on perhaps kidney stones or something else.

So I’ll keep you posted on this life of an anomaly, malady, and ailment.
Sorting out the three and figuring out which is what.

But in the long run of all of this random mess, I know that God
is well aware of what is what, which is which and why it all is.
It is that knowledge that helps to lead a malady to a mere anomaly…
something perhaps aggravating, yet tolerable…
because all things are used for His glory…
sometimes we don’t see or understand that glory…
but never the less, that Glory remains…

Arise, shine, for your light has come, and the glory of the Lord has risen upon you.
Isaiah 60:1 ESV

And today’s irony…
the Verse of the Day:
Dear friend, I pray that you may enjoy good health and that all may go well with you,
even as your soul is getting along well.
3 John 1:2